Mumbai‘s Iqbal Abdulla and former Services and Manipur player Yashpal Singh have been roped in by Sikkim as guest players for the upcoming Indian domestic season, starting September 24 with the Vijay Hazare Trophy.

Abdulla applied for the No Objection Certificate from Mumbai Cricket Association after failing to find a place in Mumbai’s probable list for this season. Mumbai will be coached by Vinayank Samant this year.

Abdulla had moved away from Mumbai after nine years and played for Kerala in 2016. Even though he returned the next season, he did not feature for Mumbai owing to MCA’s rule that demands a player to serve a year-long cooling-off period.

The 2008 U19 World Cup winner will be joined by Yashpal at Sikkim as a guest player. Yashpal, a domestic veteran, had led newcomers Manipur last season. Sikkim, who played with local players in the Vijay Hazare Trophy had added Milind Kumar, Bipul Sharma and Ishwar Chaudhary as guest players. Milind went on to top the run charts last season, but this season, Milind is seeking a different team to play, as reported by Sportstar.

Bipul too is not keen to continue with Sikkim, most likely vying a place in the new formed Chandigarh team. Chaudhary has been retained by the state association.

Nagaland‘s KB Pawan and Abrar Kazi – both formely of Karnataka – will join former Karnataka coach PV Shashikanth at Mizoram this season. Kazi was the leading run-scorer for Nagaland with 814 runs in the Ranji Trophy, while Pawan led the tally in the Vijay Hazare Trophy with 432 runs.

Mizoram have released their three guest players from last season – Taruwar Kohli, Akhil Rajput and Sinan Khadir – but Kohli is likely to be recalled, as reported by Sportstar. 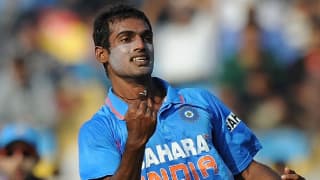 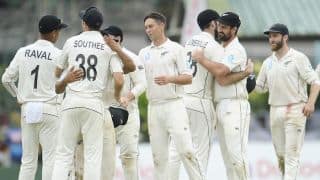