Rangarajan, 30, had picked up 17 wickets in the Ranji Trophy last year that saw the team qualify for the knockouts.

Spinner Malolan Rangarajan, who represented Uttarakhand last season, will be back playing for Tamil Nadu this domestic season.

Rangarajan, 30, had picked up 17 wickets in the Ranji Trophy last year that saw the team qualify for the knockouts. Uttarakand has been very recently granted full BCCI membership, and even though the spinner had hoped to stay on with the team, no communication from the state association the Cricket Association of Uttarakhand, Rangarajan had to move.

It also gave him no time to approach other teams as well. “There was an informal understanding that most of us will continue as professionals with Uttarakhand as long as BCCI was taking care of it, because it helped the team qualify for the quarterfinals (in Ranji Trophy),” Rangarajan told Sportstar.

“I did not speak to other teams because my plan was to stay and later, it was too late in the hour. Uttarakhand got its affiliation and everyone was just too happy. Added to that, I had no contact in CAU. I tried reaching out to a few teams but it didn’t happen,” he went on to add.

Playing for TN, Rangarajan, predominately a long format player, has 136 first class wickets in 47 matches and he looking for for his second stint with the his home state.

“I am just planning to take things in my stride as and when they arrive. I will work hard. I came from Uttarakhand learning a few things; playing on lush green wickets has helped me develop my game.” 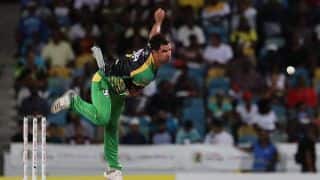