India-England game of fluctuating fortunes ends in a sensational tie!

India-England game of fluctuating fortunes ends in a sensational tie!

The World Cup is alive! After a thrilling match in Colombo between Sri Lanka and Pakistan yesterday, India and England contested an absolute humdinger in Bangalore, a vivacious, high-octane encounter that gave the tournament the soul it so badly desired. The World Cup is alive! After a thrilling match in Colombo between Sri Lanka and Pakistan yesterday, India and England contested an absolute humdinger in Bangalore, a vivacious, high-octane encounter that gave the tournament the soul it so badly desired.

Fans at the Chinnaswamy were treated to two of the greatest World Cup centuries in a game that ebbed and flowed turbulently, veering from shambolic to surreal and ended in unbearable tension.

Sachin Tendulkar had thrilled the fans with an exceptional 120 as India piled up 338, but Andrew Strauss and Ian Bell contributed significantly to set up an enthralling conclusion. Chasing 339, England were cruising at 281 for two before the wickets of Strauss (158) and Bell (60) by Zaheer Khan in a one-run 43rd over turned the game on its head – and how!

The batting Powerplay so narrowly proved to be the kiss of death, as India roared back to claim wickets in a clump and England lost the plot. Needing 14 from the final over, Ajmal Shehzad and Graeme Swann combined to level the scores off the last ball in a frenetic finale.

It takes something extraordinary to chase 339 in India, under lights, but that’s precisely what Strauss produced to almost lead England to an epic win over the tournament favourites. Where England’s bowling had been shoddy, their batting was composed and confident with the captain leading a stunning chase. India were similarly sloppy in the field, and that’s where Strauss capitalized.

Reprieved in the third over when nobody appealed for a thick outside edge, Strauss made India pay. With a flurry of boundaries either side of the wicket he was away in top gear. The first nine overs yielded 63, as Zaheer and Munaf Patel were taken to task. Strauss raced to his fifty off 50 balls, his bat flashing and his feet deep in the crease ready to hit through the off side and pull past midwicket.

Kevin Pietersen had raced to 31 from 22 balls before he was dismissed in stunning manner by Munaf, who clasped a forceful return catch, fell to the floor and took it one-handed on the rebound. The introduction of spin from the tenth over allowed India to try and regain some control, but once Strauss swept and cut very well and India’s attack was blunted.

Undeterred by Jonathan Trott’s exit, Strauss and Bell kept the score ticking along at a healthy rate. There was a moment of controversy when Yuvraj rapped Bell on the pads, the appeal was turned down, and India asked for the review.

The replays indicated the ball would have hit the stumps, but the verdict was oddly not overturned with the reasoning being that Bell had advanced so far down the track that the decision was the umpire’s. The Indians were livid, because on the TV screen they would have seen the replays showing the ball hitting middle and off.

India were unlucky with that review, but Mahendra Singh Dhoni’s field placements lacked imagination; with Yuvraj and Yusuf Pathan bowing, there was no midwicket and Strauss and Bell milked runs off the part-time duo.

They continued to pick boundaries regularly and that allowed England to maintain a very healthy run rate. Strauss’ century took 99 balls and he didn’t stop there. Like Tendulkar had targeted Paul Collingwood earlier in the day, so too Strauss meted out punishment to Yuvraj, pulling four and lofting a straight six.

When Piyush Chawla returned, Bell smashed a six and Strauss late-cut a four. When Munaf returned, Strauss pulled a four through square leg. Shots flew wide of fielders and into the gaps, the batsmen ticked along, and Indian shoulders drooped.

England were running away with the game when Zaheer removed Bell and Strauss off successive deliveries, cuing a feverish pitch across the stadium, and the pressure told when Collingwood was bowled by a lovely slower ball from Zaheer.

Matters reached a crescendo when Matt Prior fell to Harbhajan and Munaf removed Michael Yardy, lapping to short fine leg, only for Chawla to concede two sixes in the 49th over. Luckily for India, Chawla finished his spell with a wicket, leaving England to get 14. A superb six by Ajmal Shahzad, followed by a frantic two, made it two from one ball. A scampered single tied the scores and brought to close an unforgettable match.

This was all hard to fathom at the interval because Tendulkar’s 47th ODI century – a record World Cup fifth but oddly only second against England – had seemingly up a comfortable win. With Virender Sehwag starting with a bang, Tendulkar played the waiting game – his first four didn’t come until the ninth over when he twice twirled James Anderson for fours and his third in the 17th when he decided Swann was the man to attack.

Tendulkar’s game plan was evident, and he executed it flawlessly: as he saw it, Swann and Collingwood were Strauss’ go-to bowlers and he wasn’t going to let them settle.

Collingwood was first driven over mid-off for six effortlessly, bat coming through in a lovely arc, elbow high and very still, and then carted over midwicket as Tendulkar’s fifty came up off 66 balls. Swann was then heaved for consecutive sixes as Tendulkar galloped through the sixties in two balls.

Tendulkar went to his century off 103 balls – his second fifty had taken just 37 balls – with a glanced boundary off Tim Bresnan and was received with ecstatic applause. That was followed by another six off Swann and two leg-side fours played to perfection. Tendulkar finally with the score on 236, caught at cover off a leading edge, and England managed to control the batting Powerplay by allowing just 32 runs.

With Yuvraj smacking the ball merrily and Pathan to follow, India appeared on course for 360 but two wickets in two balls allowed England to recover ground. Wickets fell in a flurry as the rest threw the bat around, with Bresnan collecting his first five-wicket bag. In the end, a similar collapse from England proved to be the margin between a heroic win and an epic tie.

Man of the Match: Andrew Strauss 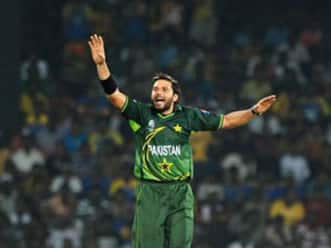 Pakistan fined for slow over rate Why the UDRS favoured Ian Bell