Australia will be missing Steven Smith and David Warner, the seniors who have been suspended for a year for their role in the ball-tampering controversy.

Former Australian cricketer Simon Katich believes India are favourites to win Border-Gavaskar Trophy Down Under later this year. The win will mark their first Test series victory in Australia. Starting from 1947 till date, India have played 44 Tests in Australia, winning just 5, drawing 11 and losing 28. According to Katich, history will mean little when No.1 Test side, India take on a weakened Australia side.

“India deserve to be favourites given the cricket they have played, the quality in their Test team at the moment and the way Virat Kohli is leading them,” Katich was quoted as saying in cricket.com.au.

Australia will be missing Steven Smith and David Warner, the seniors who have been suspended for a year for their role in the ball-tampering controversy. Since 2013, Warner and Smith has scored 53 per cent of Australia’s centuries in Test. Even Cameron Bancroft, who has been banned for nine-months, will be missed.

Katich, 42, is currently the assistant coach at Kolkata Knight Riders (KKR) camp in IP 2018. He has played 14 Tests against India. He backed the Australian bowling unit to give a fight to Indians.

“Certainly, it won’t be the best Australian team because then you would have had those three but we would still have good bowling attack and that the series is being played at home is a positive. I don’t think it will be a walkover for India because if the wickets suits Australian quicks and Nathan Lyon to an extent, then Australia will have a pretty good advantage in the series. I look forward to a really good series,” Katich added.

Australia lost their first series in South Africa last month for the first time since 1969-70 season. After Smith lost his captaincy, Tim Paine was given the charge. 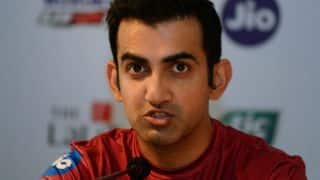 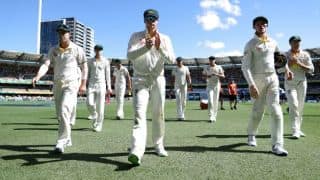