Nehra scalped 6 wickets from 4 matches he played in the recently concluded Asia Cup 2016.

After India pacer Ashish Nehra‘s successful comeback in the national squad, his former teammate Zaheer Khan revealed that he is impressed by the way the bowler has performed in the latest series. Nehra scalped 6 wickets from 4 matches he played in the recently concluded Asia Cup 2016. The veteran bowler  made a comeback to the national side after 2011 and remained quite successful with the ball. Zaheer, following the performance, has said that the bowler has pulled off a very difficult job with ease. Zaheer, who is nearly of the same age as Nehra, announced his retirement from international cricket in the later half of the previous year. READ: Asia Cup 2016: Sunil Gavaskar says Ashish Nehra proves age is just a number

During an event in Pune, Zaheer, as quoted by Times of India, said, “It is certainly very difficult to make a comeback at 36. I retired at that age, so I know how it is .” Praising the 36-year-old bowler’s energy, the former Indian speedster said, “I think we have a new youngster on the block in Ashish Nehra now. He is doing pretty well. His comeback has been amazing. I think the team also needed that (Nehra’s experience). The team needed someone to guide the youngsters and you can see his presence has also helped (Jasprit) Bumrah a lot.”

Zaheer added, “His presence is also helping the youngsters in calming their nerves in pressure situations. Ashish is playing that role (of mentoring) for the young players, so it is good for the team.”

Zaheer was member of the ICC Cricket World Cup 2011 squad and was also one of the key performers for India that season which helped India lift the trophy. Talking about the ICC World T20 2016 and India’s chances of winning this one, Zaheer said, “We are palying well and I feel the Cup should stay in India.” 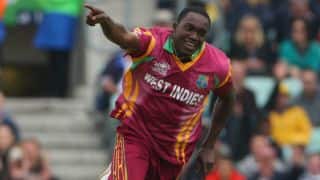 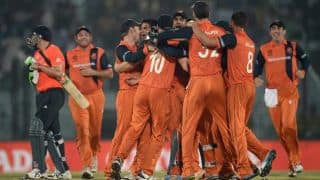