Gavaskar asked underperforming Test players to stick to ODIs after slumping to another away loss.

Indian batting Sunil Gavaskar said Mahendra Singh Dhoni and his boys have “embarrassed” the country with their “jelly-like” resistance in the Test series against England and even suggested that those not interested in playing longer-format should quit the Test team.

India suffered yet another humiliating defeat as they lost the fifth Test by an innings and 244 runs.

“If you do not want to be playing Test cricket for India, quit. Just play limited-overs cricket. You should not be embarrassing your country like that,” Gavaskar said in BBC Radio’s Test Match Special show.

Gavaskar though said England should be cautious for future series since this win has come against an Indian side which did not play tough cricket.

“Everything about England has been top-class. But, India have shown jelly-like resistance. Therefore, England should not get carried away because there are sterner tests to come,” he said.

“It’s a disgrace to think that India have been blown away in 29 overs under blue skies on a pitch that was only doing a bit. They should be embarrassed. Some of those strokes were of players who didn’t want to fight for their country,” Vaughan said. India vs England 2014: What BCCI can do to ensure India’s recovery 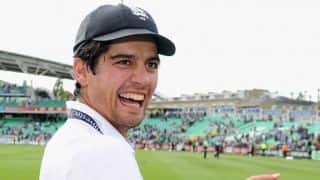