India have the arsenal to match the Australians: Wasim Akram

India have the arsenal to match the Australians: Wasim Akram

Former Pakistan captain Wasim Akram says India's fast bowlers can be as destructive as their Australian counterparts and the visitors must go into the second Test with the belief that they have enough arsenal to give it back to the hosts. 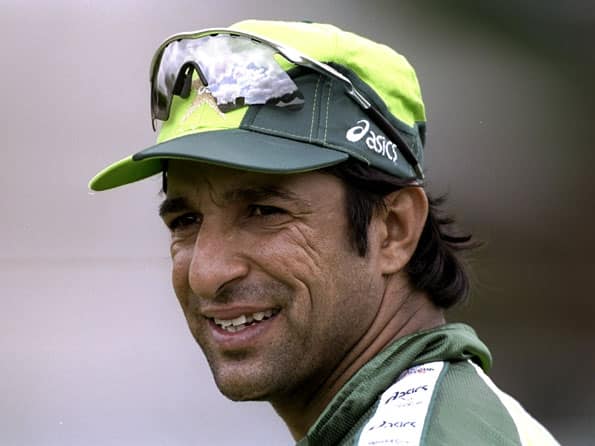 Former Pakistan captain Wasim Akram says India’s fast bowlers can be as destructive as their Australian counterparts and the visitors must go into the second Test with the belief that they have enough arsenal to give it back to the hosts.

Akram said despite the crushing defeat in the opening Test at Melbourne, India cannot be written off.

“India have the experience and the talent to counter Australia and I am not willing to write Dhoni and his team off going into the Sydney Test.

“The Sydney wicket will definitely seam and swing in the first two days. India must be prepared for this and believe their pace attack is equally promising. India must fight fire by fire and they have the arsenal,” he wrote in his column for Espnstar.com.

Akram backed his comments with the analysis of the first Test, where he felt Indian pace trio did a superb job.

“At MCG, the Indian pacers were unlucky at many times. Zaheer (Khan) was looking unplayable on the fourth morning. Umesh Yadav is a kid and has got lot of pace. I think it is for the first time in the history of Indian cricket that two quickies (Umesh and Ishant Sharma) bowled at 150 kmph simultaneously. They have been consistently bowling fast. They will be more effective if they can tighten their line and length. Eric Simmons must prove his worth now,” he said.

However, Akram was disappointed with the way Virat Kohli and Gautam Gambhir batted in the first Test.

“I feel Gautam Gambhir is not playing his natural game. He looked tentative and gifted his wicket with half-hearted strokes. Gambhir’s natural game is to come and attack and I think he should do that because Australia wickets help natural stroke makers,” Akram pointed out.

“I am disappointed with Virat Kohli. I expected him to flourish after he got the century in the warm-up game in Canberra but his inexperience surfaced in Melbourne. I can see streaks of over-confidence in his approach. He has to be careful when facing the first ball,” he said.

“While Dhoni must sharpen his captaincy skills, I would like to see a proactive skipper who leads by example. Dhoni has plenty of intelligence and must mix it judiciously with experience to back his players, especially the rookie bowlers.

He is also due for a long innings which will also give him the confidence because the critics are always sharpening their claws.

“If the Indian dressing room is a united lot, then Tendulkar and Dravid must play their roles as the elder statesmen in the squad. Tendulkar has been touring Australia for almost 20 years and together with Dravid and Laxman must comfort the younger lot during team meetings,” he said.

Akram also said that Tendulkar has been the most confident Indian batsman so far and that he is not far from his 100th international century. (PTI)

Misbah-ul-Haq fears losing captaincy and place in the side: Mohsin Khan