Former India legspinner L Sivaramakrishnan feels India have the edge over Pakistan ahead of their Super 4 fixture on Sunday.

Former India legspinner L Sivaramakrishnan feels India have the edge over Pakistan ahead of their Super 4 Asia Cup fixture on Sunday. On Wednesday, India beat Pakistan comprehensively by eight wickets in their Group A game and registered another win against Bangladesh on Friday, which makes them the only team in the tournament to have not tasted defeat yet.

Pakistan on the other hand, romped home against Hong Kong, and after losing to India, survived a scare from Afghanistan on Friday. Siva, writing for Saturday s Times of India, stated that despite looking the better of the two teams at the moment, the India-Pakistan match on Sunday will make for a whole new and exciting contest.

“There is very little about each other that India and Pakistan don t know, yet there is no discernible pattern whenever they square up,” Siva wrote. “India have the psychological edge going into their Super Four face-off on Sunday, but in tangible terms, beyond the feel-good factor, their eight-wicket win in the league stage will have no bearing on the outcome.”

Siva pointed out that he would be happy to see Ravindra Jadeja back in the mix. The allrounder replaced Hardik Pandya after he was ruled out of the tournament due to a back injury sustained during the Pakistan tie, and in his first ODI match for India in over 400 days, Jadeja produced figures match-winning figures of 4/29 and was named Player of the Match. Siva added that he would like to see Jadeja play ODIs more frequently.

“If I was a part of the think-tank, I would formalise Ravindra Jadeja s return to white-ball internationals without a second thought. Jadeja s recall after having been out of the limited-overs scheme of things for 13 months is a welcome development,” he said.

“He has fought his way back through supreme commitment. Furthermore, apart from his canny bowling, he is worth 10-15 runs on the field alone, and offers a left-handed batting option in the middle-order that can be particularly handy against legspinners and left-arm spinners.”

According to the former India legspinner, India should stick to playing two pacers in Dubai. In three games. Against Hong Kong, India fielded Bhuvneshwar Kumar, Shardul Thakur and handed a debut to Khaleel Ahmed, while against Pakistan Jasprit Bumrah replaced the left-armer and Pandya filled in as a third-seam bowling option. Against Bangladesh however, the team went ahead with two pacers and three spinners in Yuzvendra Chahal, Kuldeep Yadav and Jadeja.

“Given the conditions in Dubai, with the temperatures in the early 40s and the pitches somewhat tired after having hosted so many games in so little time, India can afford to go in with only two quicks in Bhuvneshwar Kumar and Jasprit Bumrah,” Siva, who played nine Tests and 16 ODIs for India. “That will mean one of the spinners will have to bowl in the Powerplay. My choice would be Yuzvendra Chahal, who is used to such a scenario in both international and IPL cricket, and is at home operating with a newish ball.”

One legspinner to another, Siva had a word of advice for Chahal.

“The one thing I would like to see from Chahal is a slight alteration in his line,” he said. “He will be better served shifting from middle-and-leg to an off-stump/ slightly outside off line to the right-handers. That will ensure batsmen won t be able to pick his googly if they don t see it off his hand. Further, if the ball spins a little more, batsmen will have to reach out to play the drive, which could so easily elicit miscues. 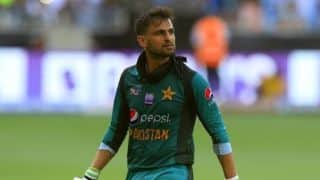 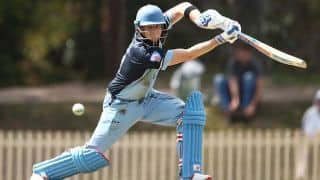