Board of Control for Cricket in India (BCCI) on Monday announced India s squad for the first two of the three-match Test series against Sri Lanka to be played following the ongoing limited-overs series against New Zealand. The 16-man squad includes the likes of Murali Vijay, Ishant Sharma while the spin duo of Ravichandran Ashwin and Ravindra Jadeja will also be back. India will be led by Virat Kohli. Also, Rohit Sharma has been added to the squad.

Murali Vijay, who was sidelined due to his shoulder injury, is fit and will replace Abhinav Mukund. Mukund, a consistent performer in the domestic circuit, could only play one impressive knock in his last four Test innings. His 81-run knock came in Sri Lanka earlier this year.

Rohit s last Test came back in 2016 as India played New Zealand. Though Rohit s performance in the series was impressive, he has never featured in any match post that majorly due to injury.

The other Sharma, Ishant, played his last Test during the 2016 Border-Gavaskar series. His performance remained disappointing as the veteran pacer picked up only 3 wickets playing three Tests in the series.

Apart from Ishant, Mohammed Shami, Umesh Yadav and Bhuvneshwar Kumar have been picked along with Hardik Pandya. Below is the squad for the first two Tests. 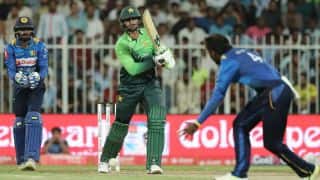