Former India captain Sourav Ganguly said on Thursday that Perth offers India the best chance to come back in the Test series against Australia. 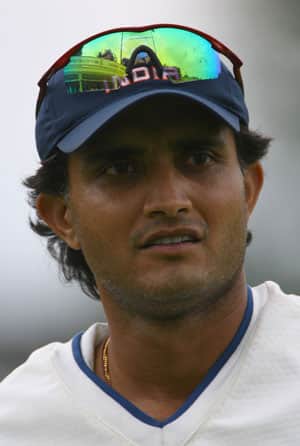 Former India captain Sourav Ganguly said on Thursday that Perth offers India the best chance to come back in the Test series against Australia.

“This is a great opportunity to pull one back, but India will have to overcome the mental demons of losing six overseas Tests in a row. They must clear out the cobwebs, go out there and play fearless cricket,” he said.

“India have only played here three times but have a lot of good memories, particularly when beating Australia last time in 2008. That will give them a lot of confidence. The bowling attack, other than Ishant Sharma, has changed quite a bit, but they still have the ability to get 20 wickets in these conditions,” Ganguly added.

On the much hyped green deck at the WACA, Ganguly said: “For all of us, the biggest point of discussion has been the wicket. The curator has made a lot of noise in the last few days about how quick it is going to be. I am not so sure. Even when India turned up in 2008 there were such talks, but it didn’t turn out to be a very quick wicket.”

“The pitch seems well covered with a layer of green grass, and it looks fresh as well. There will be a fair bit of seam movement early on, but the pitch will probably get quicker as the match progresses – especially with the forecast for hot weather. It does not look like a huge ground and, with the boundaries short each side of the wicket, it will provide batsmen full value for their shots,” he said.

The former India captain said the war of words between the two teams will surely make the third cricket Test between India and Australia at the WACA a fascinating contest.

“Forget about this Test being an easy win for Australia – everything is set for a ripper of a match. The war of words has already heated up and that always sets the scene for a fascinating encounter,” said Ganguly.

Ganguly, who is here as a commentator, said a exciting battle between Zaheer Khan and Ricky Ponting is on the cards.

“Both Brad Haddin and Zaheer Khan have been vocal in the media. It has really charged the atmosphere. Ricky Ponting has also joined the party and I will be keen to watch the battle between Zaheer and Ponting in the middle. Zaheer will enjoy bowling in these conditions and Ponting will have to play well against the new ball,” Ganguly wrote in his column in the Sydney Morning Herald.

“I think the verbal battle could play into Indian hands. I like the way they have responded. There have been talks of a rift in the team, which to me is not true. Virender Sehwag was quoted saying it was rubbish, and I have seen nothing to suggest there is a problem between the vice-captain and Mahendra Singh Dhoni.”

“It is a common situation touring teams face from the Australian media, especially when they are down in the series. The Indians will not be affected, and it could be a positive thing for them,” he said.

Ganguly said the controversies ahead of the Perth Test must inspire the Indian team as it did in 2008.

“The huge furore about Monkeygate in Sydney four years ago really got the Indians going, and we pulled off a remarkable win at the WACA Ground. The latest controversy has nothing on that, but it could spur the team on to better things again. The WACA Ground is a great venue. A century here really enhances the reputation of a batsman as a good player of fast bowling,” he said. (IANS)

Pakistan require hard taskmaster to get the best out of players: PCB chief