The PCB has also filed a compensation case with the ICC, saying that the BCCI has not honoured an MoU signed in 2014.

Karachi: The Pakistan Cricket Board is ready to accept any ruling of the International Cricket Council Disputes Resolution Committee but wants Indo-Pak bilateral series be added to the Future Tours Programme for 2019-2023 if it wins the case. PCB chief, Najam Sethi who returned home after attending several meetings of the ICC Executive Board and other committees in Kolkata, told the media that Pakistan had signed the FTP documents conditionally.

“We have made it clear that if the ICC’s Disputes Resolution Committee rules in our favour in October, then India must play against us in the new FTP programme,” he said. Sethi said he had signed the documents on the condition that if the ICC committee ruled in PCB’s favour, matches against India would be added to the FTP. “Even if the result is otherwise we still have got confirmed around 123 matches in the new FTP so we have done well,” he said.

The ICC gave a final shape to the FTP at the meeting in Kolkata but the current schedule does not include any Pakistan and India bilateral matches. The PCB has also filed a compensation case with the ICC, saying that the BCCI has not honoured an MoU signed in 2014. The ICC has said its Disputes Resolution Committee will arrive at a verdict on the compensation claim of around USD 70 million by Pakistan after a four-day meet in Dubai in October.

Sethi has exuded confidence that Pakistan can win the compensation case as its legal team has prepared a strong case against the BCCI. “Our stance remains that the MoU signed between the two Boards in 2014 during the ICC meetings confirmed that both boards would play six bilateral series between 2015 and 2023,” the PCB Chairman said.

The BCCI has said the MoU is not a legally binding document and was conditional to Pakistan supporting the Big Three Governance system which has been dissolved now and that they had said they needed government clearance to play against Pakistan.

Sethi made it clear that Pakistan had no objections to playing against India but first the ICC will have to decide the case. 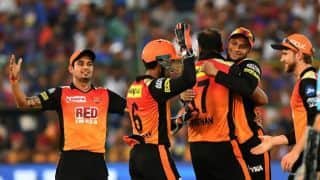 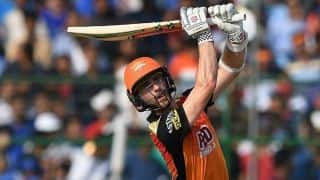