Mishra feels even though the pitch has started to take spin, it is still good for batting.

Colombo: Having taken an upper hand in the second cricket Test by earning a healthy lead, India leg spinner Amit Mishra on Saturday said that his team will now look to set a target of 350-plus for Sri Lanka. The visitors finished day three on 70 for one in their second innings, thereby extending the overall lead to 157 runs after bowling out the hosts for 306 in their first essay. “Anything over 350 is good. If we can make it 400, that will be good too,” said Mishra after the day’s play. “Already the lead is more than 150, so another 250-330 runs will be a very good total. I think a minimum of 100 overs are needed here [to bowl out Sri Lanka again],” he added.

Sri Lanka scored 84 runs in the opening session on Saturday without losing a wicket and it seemed as if the hosts would surpass India’s first innings total of 393, but Ishant Sharma (2 for 68) bowled well with the second new ball to bring India back into the match.

“We were not frustrated at all,” said Mishra about the wicket-less morning session. Our plan was not to concede too many runs even if we didn’t get wickets. Plan was to bowl one line to create pressure. We knew that if we got one or two wickets, we could run through them and that’s what happened. As soon as we got one or two wickets, because we had not conceded a lot of runs, the pressure was on the opposition. That was our plan. No doubt Angelo Mathews (102) batted well to make a hundred but after that, we came back well. The way Ishant bowled with the new ball was important on a slow track. His effort in the heat — that spell set the game up for us,” he explained.

After Ishant got the breakthrough, Mishra (4 for 43) and R Ashwin wrapped up the tail, sharing four wickets between them. “After an hour at the wicket it becomes good to bat. But our aim, as I said, was to bowl consistent line and length. Then three of their main batsmen were out. Our aim was to clamber on after the breakthrough. Even when we got wickets, we didn’t over attack but stuck to the basics, stuck to our lines and lengths,” he said.

Mishra said it was important for him to do well after making a comeback to the side after a four-year gap. “This series has been really important for me because I am playing after four years. I was playing Ranji cricket but I was waiting for my chance. I didn’t want a situation where I get the chance and I am not ready. I had a lot of confidence. It is very important for me and for the team — new phase, new boys — important for all of us to do well. If we can win, that will be more special that my wickets helped the team win the match,” he pointed out.

Mishra feels even though the pitch has started to take spin, it is still good for batting. “It has started to spin a bit, to be very honest, but even now, the wicket is good for batting because it is still a bit slow. The endeavour will be to bat for as long as possible tomorrow and then we can see what happens on the final day. No doubt it is helping the spinners a bit but because there is not much pace in the wicket, it is still decent for batting. It is possible that on the final day it might be more difficult to bat on,” Mishra signed off. 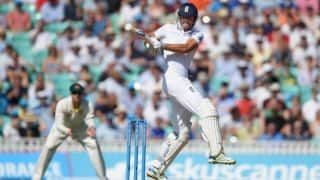 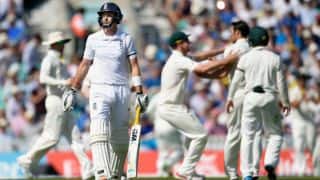