India restricted Sri Lanka under 135 in the third and final T20I of the series at Mumbai.

India s youngest T20I player, Washington Sundar started proceedings in the third and final game of the three-match series against Sri Lanka. The young-lad handed India a brilliant start, keeping in mind that Rohit Sharma asked Sri Lanka to bat on a flat track at Wankhede.

Upul Tharanga and Niroshan Dickwella came out to open the innings. The partnership lasted just 10 balls before Jaydev Unadkat got the better of Niroshan; third time this series. Trying to hit unwind himself, Niroshan handed a simple catch to Mohammed Siraj at mid-on.

Kusal Perera found himself in familiar territory with Tharanga in the middle. Sundar, aged 18 years and 80 days, got rid of Kusal in his second over with a caught and bowl. Sadeera Samarawickrama came out in the middle with Sri Lanka placed in a ditch.

Tharanga in a bid to change the flow of the game, went for a heave against Unadkat and perished. Tharanga was undone by a slower one, falling for 11.

In a rarity, MS Dhoni dropped his second catch of the match, giving Gunaratne a life on 11. Almost a household name in Mumbai, while playing for Mumbai Indians, Pandya broke a blossoming stand by getting the wicket of Samarawickrama. He danced down the wicket and handed a simple catch to Dinesh Karthik for 21.

Soon Kuldeep bagged his first wicket in the form of Danuska Gunathilaka. He made just 3. Skipper Thisara Perera did manage to brighten Sri Lanka’s hope with a few boundaries but perished for 11. Mohammed Siraj, who thus far was hit for plenty, picked his second T20I wicket in Perera.

Gunaratne kept one end held up for Sri Lanka, making a crucial 36, before falling to Pandya while hooking. He along with Dasun Shanaka absorbed pressure in the middle and helped Sri Lanka cross 100.

Shanaka ended scoring an unbeaten 29, that enabled Sri Lanka to reach 135 for 7. Akila Dananjaya too remained not out on 11, inclusive of back-to-back boundaries in the 20th over. 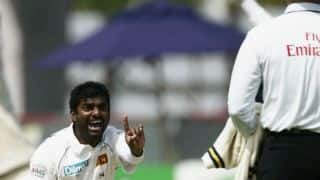 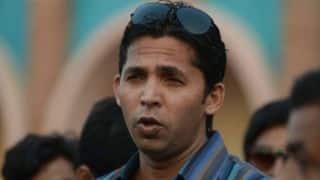