Sourav Ganguly said on Saturday that the touring Indian team to Australia will have to put runs on board.

Former captain Sourav Ganguly said on Saturday that the touring Indian team to Australia will have to put runs on board to challenge their hosts, adding that this Indian side has the potential to win Down Under.

Ganguly said during the Hindustan Times Leadership Summit, “India must put runs on the board to win Test matches. That’s an area of concern. First Test in Brisbane will be important for India. The team is capable of winning. India haven’t prepared well enough for the Test series in Australia.”

Meanwhile, Cricket Australia‘s (CA) officials were all geared up this morning to receive the Indian cricket team for the much-anticipated Test and limited-overs series — the only problem was that they got the timing of the visitors’ arrival wrong. A miscommunication led to officials leaving in a huff after learning that the visiting team will land later in the day, according to a report.

The India team was expected to fly into Adelaide just after 9am (local time) on Saturday and a CA liaison officer was waiting to greet them and police were clearing a path for their smooth exit from the international arrivals hall. A few Indian cricket fans waited anxiously with phones ready to take a photo of their heroes but they never showed, a report in Daily Telegraph said.

According to CA, a miscommunication led to their flight not even departing Singapore when they were originally expected to be landing in Adelaide ahead of a tour match starting at Glenelg on Monday. 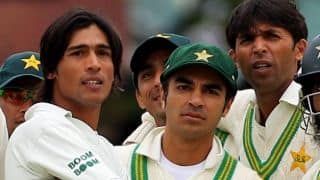