After the loss in first Test, several cricketers have backed the inclusion of Ajinkya Rahane and KL Rahul in the squad for the second Test. When India toured South Africa in 2013-14, Rahane ended up scoring 47 and 15 in Johannesburg, 51* and 96 in Durban. Rohit Sharma s scores read 14, 6, 0 and 25 in the same tour. Rahul, on the other hand, scored seven consecutive fifties in Tests last year.

Sourav Ganguly has already expressed his views on Rahane and Rahul should not have been overlooked for the first Test. The chorus is getting louder to bring back Rahane and Rahul.

In conversation with The Times of India (TOI), More spoke in length about the first Test, Rahane and Rahul s inclusion for the second Test and Virat Kohli s captaincy.

You have to bring Rahane and Rahul back in the playing XI for the next Test. It also depends on whether the team opts for five or six batsmen, but after this Test match, it is certain that India need to strengthen their batting.

There couldn’t have been a better way to win a Test after the bowlers did a phenomenal job to bring India back into the game. Another partnership of 50 runs would have sealed the game in India’s favour.

Everyone has a style of his own. Virat’s aggression on the field doesn’t really affect the morale of the team. The fact of the matter is that we lost the opening Test and need to show more character in the rest of the two Tests to win the series. 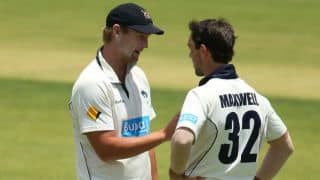