India will tour England in August to play 5-Test series.

New Delhi: Star opener Shikhar Dhawan today made it clear that if Indian team intends to do well in upcoming England tour, the preparations for that would need to start early. Indian team’s preparations before the South African tour was panned by one and all as they didn’t play any practice games but Dhawan is confident that they can do well in England if they can prepare on the kind of tracks that will be on offer during the five-Test series starting August.

“England is going to be a very difficult series but we will have to play on those sort of pitches from early on and see how it goes there. If we have the right preparation and are able to give our best shot, there is no reason why we can’t win Test series in England,” Dhawan told reporters on the sidelines of a promotional event.

While he had an ordinary Test series in South Africa before being dropped after identical scores of 16 and 16 in the first Test, he came back well with two half-centuries and a hundred in India’s emphatic 5-1 ODI series win and a string of good scores in the T20 matches.

The left-hander was visibly satisfied as doing well in the ‘Rainbow Nation’ according to him was a “dream come true”.

In fact, he admitted that his performance in the ODIs and the subsequent T20s helped him bag an A+ central contract. “I was failing badly in overseas conditions, so to perform well (in ODIs and T20) gave me confidence. The performance in South Africa helped me win an A+ contract. I am very happy about that. It was a dream come true to perform like that in South Africa. I want to keep scoring runs consistently,” said Dhawan, who is the brand ambassador of Alcis, an Indian sportswear company.

Dhawan has been retained by Sunrisers Hyderabad and is expected to form a formidable opening partnership with David Warner. “IPL is going to be exciting. It’s a fresh season and we have so many new faces and the team looks good. Hopefully, I will be fresh and fit to perform,” he said.

However, Dhawan believes that while IPL can be a platform to get in contention for a berth in the Indian team, one should remain in the present and try to perform well. “IPL is a platform for players to get noticed and may be make it to the Indian team but the focus should be on performance rather than thinking about India selection,” Dhawan had a word of caution for talented youngsters. 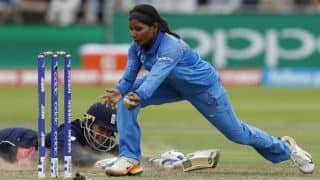 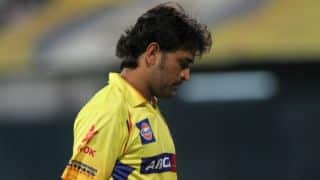