Indian cricket captain Mahendra Singh Dhoni conceded that the confidence of his side has taken a hit after five successive Test losses on foreign soil but insisted that the team would bounce back in the second Test against Australia starting on Tuesday. 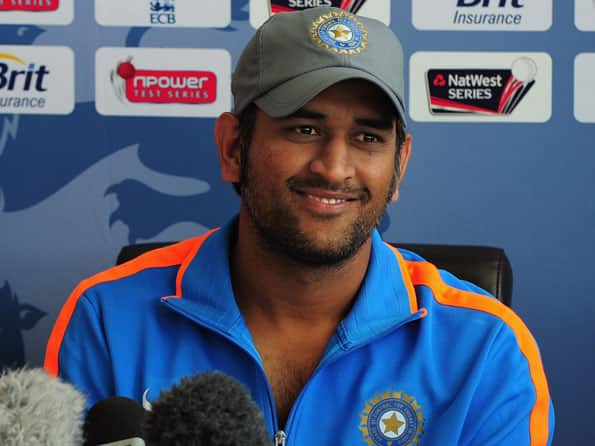 Indian cricket captain Mahendra Singh Dhoni conceded that the confidence of his side has taken a hit after five successive Test losses on foreign soil but insisted that the team would bounce back in the second Test against Australia starting on Tuesday.

After the 0-4 whitewash at the hands of England last year, India lost the series-opener against Australia in Melbourne last week.

“It does affect it (team confidence) a bit, but it’s not something to get bogged down about because we all know as to what exactly happened and you learn a lot from the mistakes that you make so we are looking at the positives. In the last five Test matches abroad that we have lost we have still had plenty of positives,” Dhoni said ahead of the match.

“We need to improve as a unit, rather than just improving as a bowling or batting side. Unlike in England, we have not faced a lot of injuries here so it’s a positive. The Australian team will have to keep the pressure on the batting line-up and the bowlers also at the same time,” he added.

Dhoni was pointedly asked if Tendulkar’s long-awaited 100th international hundred was proving to be a distraction for his side.

“It’s a big distraction for the media which is good for us. Wherever we go, people talk about it. As a team, we would like him to score it as quickly as possible. There is no other reason apart from the fact that it’s a big milestone and we would love to enjoy and be part of his success,” he said.

The Indian captain was certain that Tendulkar’s 100th century was inevitable. He also said that Tendulkar doesn’t appear affected by the delay in milestone.

“We all know it will happen. It may happen in this Test match, it may happen in the next Test match or in this series. You can’t really stop it from happening. I don’t think he personally thinks about it a lot. Of course, the quicker he achieves it, you know, it will ease of whatever so-called pressure is on him, because there’s pressure of failure and there’s pressure of performance. What he’s going through is maybe a pressure of performance, but he doesn’t really talk about it and it never feels as if he’s under any sort of pressure when it comes to scoring the 100th hundred,” Dhoni said.

Dhoni wanted to have a last-minute look at the wicket before deciding if he wanted to bat or bowl, provided he wins the toss.

“It depends exactly on how the wicket looks before the start of the game. If there’s moisture on the wicket and if it’s cloudy, then it may stay for a bit more than the first session. Then we can look to bowl first but we’ll see the wicket in the morning before making a decision.

“There’s a hint of green grass on the wicket. Initially there may be something for the fast bowlers. After that it will get better to bat on. Later, I’m not sure, it may turn or not depending on how much they have rolled the wicket.”

Dhoni insisted India have plans for the Australian batsmen — a claim which was made by Michael Clarke vis-a-vis Indian batsmen.

“Even in the first Test we had a plan so it’s not like we have made a plan after the first Test. We have definitely got plans and we’ll try to execute them as well as possible.”

Dhoni was then asked if he was missing feisty off-spinner Harbhajan Singh in his line-up and was also qustioned about the normally-safe Rahul Dravid’s missed chances at slips in recent times.

“We are happy with him. He is among the best catchers that we have got. In cricket you drop some you catch some. But if you are consistent, there is no good reason why you should be out of the slips.”

Number six is a position of trouble for India lately and sooner or later, Dhoni would have to make a choice between Virat Kohli and Rohit Sharma, who is waiting in the wings.

“He’s (Virat) a good batsman, he prepares well for a game. He just needs to go with the flow, so nothing wrong in particular and hopefully, we will see him among the runs.”

Dhoni challenged Australian coach Mickey Arthur to “walk the talk” after the South African stated that the hosts have spotted chinks in armour of Indian batsmen.

Dhoni was, however, candid to admit the problems of his batsmen, as well as the one which confronts him now in Australia.

“The kookaburra ball does a lot in the initial 15-20 overs so leaving deliveries outside the off-stump helps. But then you can’t tell this to Virender Sehwag who loves smashing deliveries in that zone.

“But it’s always good to leave deliveries as an opener, that’s something we’re definitely working on. But again, you don’t want a Sehwag to leave too many balls because he’s someone who relishes the cut shot,” he said.

“Opening is very crucial to us. We would love to see them scoring big runs but no added pressure because we know at the top level, at times, you might be in good form or you may not be in good form. You just need that one delivery to get you out. In the same way, you can get the form in 5-10 deliveries.

Dhoni’s own batting on foreign soil has been found wanting but the captain admitted that complete restructuring of his technique was not possible at this stage.

“I don’t look to do much adjustment. I keep them as small as possible because you know what, I’ve learnt over the last 15 years, right from schooldays, it’s very difficult to change in just one or a couple of series”, he said.

“What’s important is to adapt well, look for where you are weak and try to avoid those deliveries that can get you out. All of a sudden I can’t really change everything that I’ve got and that’s a strength.

“I have to look to do the adjustments and go through the series and look to perform for the side,” Dhoni said.

One of the methods Dhoni adopts is to hit out at the end to keep the opposition in disarray and get the momentum back for his team.

“Lately, I look to bat properly with Ashwin, before it was Harbhajan, since they can bat well. But once they are out and I’m left with the tail, I like to hit out.”

Young Indian off-spinner Ravichandran Ashwin has been reassuring with his skills is the verdict of the Indian captain.

“At the end of it, it was good to see him take wickets because it wasn’t a wicket which was turning a lot. There wasn’t much for the spinners. Here, if the weather is hot, you may see enough wear and tear in the wicket for the spinners to come into action.

“He’s a player who loves challenges. He has got a few variations that he uses very often in the game and what I have seen of him is, in whatever format he plays, he loves to attack, and at the same time, he has got good plans for himself, so you know, overall he’s a good character to have,” he said.

Dhoni was also hopeful that discarded off-spinner Harbhajan Singh would come good in due course of time.

“If you keep consistently bowling well, everyone has a fair chance to get back into the side. We may do the changes that are needed, but overall we like to give enough chances to individuals who are part of the side.”

He was playing for India before he (Harbhajan) went out so you can’t comment on the domestic thing. Also, what you need to see is which state he represents when it comes to first class cricket,” he said.

“Mohali is not a wicket that’s really known for the kind of turning tracks that you may get outside Punjab. That’s also something we need to have a look at,” he added. (PTI)

Misbah-ul-Haq fears losing captaincy and place in the side: Mohsin Khan