Javed Miandad has advised BCCI and PCB to work together for the resumption of India-Pakistan bilateral series.

Former Pakistan captain Javed Miandad has advised the Cricket Boards of India and Pakistan to work together for the resumption of bilateral series between the two neighbouring countries. It is high time the two boards got on one platform and tried to convince the governments to give clearance for resumption of bilateral cricket between India and Pakistan, Miandad said in an interview.

Miandad also said he had lost all hope in ICC in playing any role to get India and Pakistan to resume bilateral cricket, which has been suspended since 2008 except for a short limited-overs series held in 2012-13 in India as a goodwill gesture.

India-Pakistan series are much bigger than The Ashes, said Miandad, emphasising on that if the issues are sorted out, the two countries can rule the cricket world, he said. No matter the level of political relations in the past, India and Pakistan have played cricket in very tense conditions and it has eventually helped the governments.

Miandad also stated that if bilateral cricket was held it would help in easing relations between the two countries. He added that if India and Pakistan can play in ICC events like the World Cup or Champions Trophy or in the Asia Cup, the same should apply for bilateral matches.

Miandad also asked ICC to keep a close eye on the mushrooming of T20 leagues to prevent any fixing scandal. 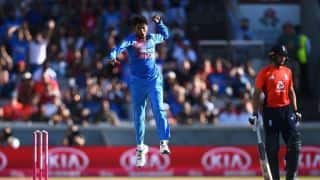 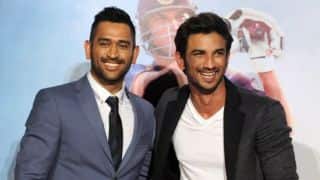 MS Dhoni's biopic sequel may be released next year