Defending champions India and two-time former winners Pakistan are favourites to progress to the Super League quarter-finals from Group A in the ICC Under-19 World Cup that will be staged across the United Arab Emirates from February 14 to March 1.

India, to be led by Maharashtra top-order batsman Vijay Zol, along with Australia, are the most successful side at this level having won the tournament three times.

Mohammad Kaif inspired India to the title in Sri Lanka in 2000, while Virat Kohli led from the front in Malaysia when India regained the title in 2008.

“As the defending champion, India will be marked out from the start as the team to beat. The tournament format is very exciting, and apart from its arch-rival Pakistan, India also has two competent and motivated sides in Scotland and PNG to contend with,” India captain Vijay Zol said.

However, Pakistan remain the only country to have won the tournament back-to-back. Khalid Latif led Pakistan to the title in 2004 in Bangladesh, while Sarfraz Ahmed’s boys retained the crown when the event was staged in Sri Lanka in 2006.

Previewing the match against Pakistan, Zol said: “While it is always special and different to play against Pakistan as opposed to playing against anyone else, we won’t feel any added pressure in that game.”

“Having beaten them in the recent ACC Under-19 Asia Cup final in the UAE recently, we feel we may just have the psychological edge in that match,” he added.

This month, Pakistan will be led by Lahore’s opener Sami Aslam when the green shirts join India and Australia in their quest to reclaim the title and become the only sides to have won the tournament three times each.

The two sides will go head to head at the Dubai International Cricket Stadium on February 15 in a match that is expected to decide which side tops the group.

Also in Group A are Scotland and Papua New Guinea (PNG).

Scotland, who reached the plate championship semi-final in 2012, have qualified from the Europe Region while PNG will feature in their seventh tournament after defeating Vanuatu by 45 runs in the final of the East Asia-Pacific U-19 Championship in July 2013.

PNG first appeared in the 1998 edition but their best performances came in 2008 and 2010, when they reached the plate semi-finals. In Townsville, PNG finished 14th. 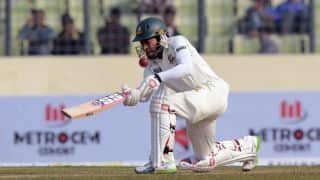 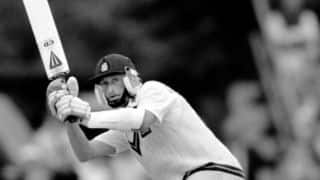