They have lauded the PCB for the efforts to make this happen.

Pakistan‘s former captains and players have hailed the Pakistan Cricket Board for getting into an agreement with the Board of Control for Cricket in India (BCCI) for having six bilateral series between 2015-2023. “Obviously this is great news because playing India is essential and this means added revenues for the PCB which in turn can be utilized on improving our grass root structure, domestic cricket and looking after the players,” former captain, Rameez Raja told PTI.

Rameez now a respected cricket pundit and commentator said he had all along said that Pakistan needed to get maximum concessions for itself out of the ‘Big three’ issue in the International Cricket Council (ICC). “I am happy that the PCB has handled this issue well and also got the BCCI to ink the agreement for six bilateral series,” he added. Rameez said that it was essential for world cricket that Pakistan and India play regular bilateral series and it was good to see India had agreed to give Pakistan hosting rights of four series in the agreement.

“With no international teams coming to Pakistan since 2009 Pakistan clearly needed this boost as any series against India is always a good revenue earner for us,” he added. He also supported the status of Pakistan as fourth member of the revamped ICC governance system and the election of Najam Sethi on the newly-formed, all powerful ICC Executive Committee (ExCo) in Melbourne (Australia).

“The Ex-Co comprises five members with representations from India, England and Australia besides two others with Pakistan being elected as the fourth and the West Indies as the fifth member of the committee,” a PCB statement said on Friday.

Former captain and senior batsman, Mohammad Yousuf normally a staunch critic of the board said he was happy to see Pakistan cricket moving forward. “We should be thankful to the ICC for giving us so many concessions and I just hope that the revenues that we get now from our new status are spent wisely on cricket and players only,” Yousuf said.

The stylish batsman said the agreement with India to play bilateral series was a positive move but it remained to be seen when the first matches of this agreement could be played. “In the past we have seen India backing out of such series due to political or other reasons. I just hope this time finally Pakistan and India resume playing regular series. Because it is important for development of the players and also brings in more money for the boards. The people of both countries want to see both teams playing and that is how it should be.”

Former captain, Rashid Latif said the PCB should also now use its status in the ICC to get the anti-corruption code revised and also talk to India about allowing Pakistani players in the IPL. “Our players are the best in the world and deserve to be in the IPL. I hope the agreement to play six bilateral series will also open the doors to the IPL for our players,” he added. 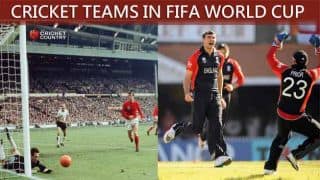 FIFA World Cup and cricket World Cup: Countries to have featured in both 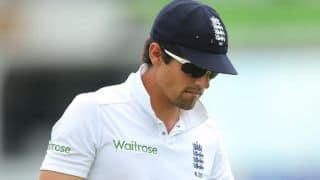