Colombo: Indian cricketers Virat Kohli, Rohit Sharma and team director Ravi Shastri on Monday paid tributes to veteran Sri Lankan batsman Kumar Sangakkara, who will be playing the final Test of his career in the second game of the three-match series which begins at the P Sara Oval Stadium here on Thursday. India Test skipper Kohli said he would remember Sangakkara for the lovely human being that he is and the honour of playing alongside him over the years. “I am sure if a guy who is retiring from the game, I cannot connect to it but I can imagine the kind of emotions he might feel because this is something that he has probably done for the last 20 years day in and day out of everyday life. And, not to do that anymore would be a big shock for anyone,” Kohli said.

Sangakkara has scored a whopping 12350 runs in 133 Tests. His 14-year career includes 38 centuries with his highest score being 319 against Bangladesh. The Sri Lankan made his debut against South Africa at Galle, in July 20, 2000. “He has been a wonderful player for Sri Lanka. A lot of left-handers really look up to him for the way he plays. His technique and the way he has scored runs all over the world, his numbers speak for themselves. He is a wonderful human being. He is a lovely person. I have had quite a few chats with him on the field and away from the field as well,” Kohli said. Rahul Dravid salutes Kumar Sangakkara ahead of his last Test

“I am actually glad that he is going to be playing his last few games against us because it is a special occasion for us to be a part of. Such a legend of the game retiring, as a young side it will be an honour for us to give him that respect in his last few Tests. Hopefully he doesn’t score too many runs against us but I really wish him all the luck with his life after cricket. It has been wonderful to know such a great player and a great man,” the 26-year-old added. Kumar Sangakkara good husband and father, says wife

Shastri flipped back the years and hailed Sangakkara as one of the statesmen of the modern game. “I saw him from his first game. I was commentating on that game when he played and he is still around. He broke into being one of the top two or three players and he never got out of that. There might have been a one year or a six-month period where his form might have dipped. But otherwise, for sheer consistency, he is unmatched,” Shastri said. India will continue playing fearless cricket: Ravi Shastri

Elaborating further on what made the left-handed batsman so special, Shastri said, “His ability to adapt and concentrate and his ability to bat for long periods of time. He had a wide range of shots, understood his game well and obviously worked as hard as any you would get. Also, his simple ability to assess the conditions very quickly, be it England, Australia, South Africa, West Indies or Colombo made him very special.” Kumar Sangakkara bids farewell to Galle after memorable win for Sri Lanka

Rohit too joined in, wishing Sangakkara the best post his retirement. “He has been a stalwart of the game and played this game in true spirit. I was fortunate enough to watch him play closely many a times in my career. I would just like to wish him all the very best,” Sharma said. Ravi Shastri compares Kumar Sangakkara with Sachin Tendulkar 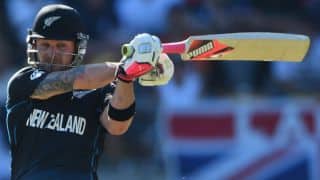 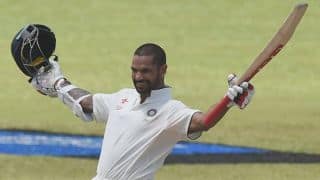