During Deodhar final that Kedar Jadhav got his India helmet patched with white plaster.

In a fresh diktat for players representing various teams in domestic competitions, the Board of Control for Cricket in India (BCCI) has instructed match referees to ensure that none of the India players — current or discarded — sport the Board logo either on their gear as that will be considered a violation of the association’s code. Normally, the moment a player breaks into the Indian team and then subsequently comes to domestic cricket, they have a habit of wearing India helmets, jerseys or caps. The BCCI wants to stop that.

“The rule has been there from the start of the season but has only been implemented in all earnestness during the recently-concluded Deodhar Trophy final between West Zone and East Zone,” a BCCI official, in the know of things, told PTI today. “The clear instruction given to the match referees is to tell team officials that the players are not permitted to use India jerseys, caps or helmets. If the players inadvertently wear India stuff, there should be taping on the helmet crest or caps. That’s the reason match referee Sanjay Raul intimated both Delhi and Saurashtra managers about BCCI diktat,” the source added.

Since most of the players were not following it, it was seen during Deodhar final that Kedar Jadhav got his India helmet patched with white plaster and opposition skipper Manoj Tiwary did cover his India ODI cap with brown coloured leucoplast. Today Gautam Gambhir, Virender Sehwag, Unmukt Chand had taped the BCCI logos on their helmets.

When a BCCI office-bearer was contacted, he said: “For long this has been a trend but it should change. Even if you have played for India, when you are playing for your state, you should respect the state cap and the jersey. “I agree not all states provide helmets with association logos [Mumbai and Tamil Nadu does], but you can always try to be a part of team rather than be portrayed as superior player.” 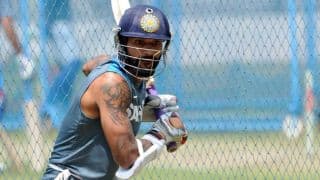 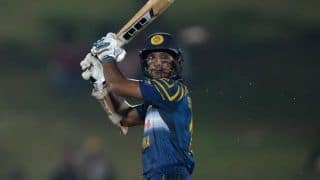