Back from a disastrous tour of England, off-spinner Ravichandran Ashwin today said that the Test series loss had left the India team low in confidence but the side still "fought to win every match even more than it had during the World Cup". 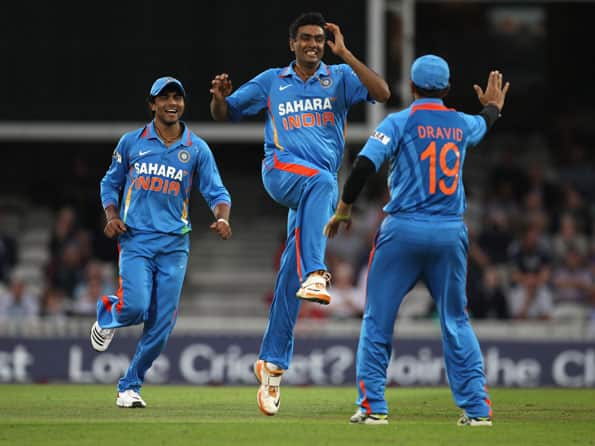 Back from a disastrous tour of England, off-spinner Ravichandran Ashwin today said that the Test series loss had left the India team low in confidence but the side still “fought to win every match even more than it had during the World Cup”.

“To be frank, the confidence level was low. But I can say that the team fought to win every match even more than it had during the World Cup. Everybody competed fiercely,” said Ashwin.

“But more than the England players, we had to compete with a lot of other factors, such as rain, the wicket…the outfield became very wet after the rains.

“We were very confident of taking them on, but certain things didn’t go our way. Let’s just say luck didn’t work in our favour,” he added.

Ashwin admitted that the Indian team has been playing a lot of cricket but said that as professionals it is the responsibility of the players to manage the workload.

“I joined the Indian team only from the ODI series, so I’ve been away for about 45 days. I don’t think there is much point in discussing the fatigue factor. We’re all professional cricketers, so we can’t really complain.

“Definitely a lot of cricket is being played, but it’s part and parcel of the game. If you give me a month off, there’s no guarantee that I won’t get injured in that time span. So, it’s completely about how you look after yourself, how you manage yourself,” he said.

Ashwin was disappointed with the reactions of the Indian fans who have been flaying the team for the disastrous performance in England.

“I’m very disappointed at the way the public has been reacting to the situation. For one, the team that won the World Cup cannot be a bad team.

“Nobody goes to work and comes out successful everyday.

You can’t turn up everyday and be successful everyday. Public have to empathise with the players, put themselves in their shoes,” said the off-spinner.

Ashwin, who will be representing Chennai Super Kings in the Champions League starting on Friday, said he always changes his action a bit to adjust to the three versions of the game.

“I tweak my action a little bit whenever I play in an ODI or T20. Last year, after the Champions League T20, I played an Irani Trophy match, so I changed my action a bit.

“It is easier if its a Test match or a four-day game because you get more time. But T20 is a quick format, it’s massively different from ODIs. I don’t know how many will agree with me but I think it is a big change as in T20 you get only 24 balls (for a complete spell), whereas in ODIs you get 60 balls.”

Asked about who he considers CSK’s main competitors in the upcoming tournament, Ashwin said they can’t take any team lightly.

“There are a lot of new teams this time around. No team from Australia can be taken lightly. All teams are tough.”

One of the best spin talents, Ashwin is yet to play a Test but with senior off-spinner Harbhajan Singh now struggling, it might be the right time to draft him in the longest version of the game.

However, Ashwin said he is in no hurry and is ready to wait for his chance.

“There is a fine line. I can say I want to play Test cricket…anybody would want to, as it’s the pinnacle.

But he’s (Harbhajan) been one of the spearheads of the Indian bowling attacks that has helped the team secure no. 1 status in Tests. And I think it’s fair enough to say that we have to get off his back and let him be himself. Whenever my time comes, I’ll grab it with both hands,” he explained.

Ashwin’s teammate and one of the key players of the Chennai outfit, Murali Vijay is also excited to play in the Champions League T20 and said his team is very well prepared to handle the pressure of being the defending champions.

“We all have pressure but it’s about how we handle it.

The game is T20 cricket, so obviously there will be leak of runs. But we have a lot of experienced bowlers. They’ve all played at the highest level for their countries. So they know how to handle such situations. We’re confident they will.”

Vijay also said it is exciting as well as challenging to adjust quickly to the three versions of the game.

“It’s definitely hard, for example when you head into a Test match right after playing a T20 tournament, you have to change a lot of things, right from your mindset.

“But being a professional, you can’t pick and choose, you have to adapt. If a guy can play the longest version of the game, he can play all three formats of the game comfortably.

Ruhuna win toss, opt to bat against Trinidad and Tobago