Ravichandran Ashwin was the star for India, picking up 21 wickets in the series.

India beat Sri Lanka by 117 runs in the third and final Test at Colombo (SSC) and in the process have clinched the series 2-1. This is India’s first series win in Sri Lanka in 22 years. The last time they achieved this feat was in 1993 under the leadership of Mohammad Azharuddin. Virat kohli has also managed to win his first Test series as captain after taking over from MS Dhoni earlier this year. India won the second Test to level the series after losing the first Test at Galle. Ravichandran Ashwin was the leading wicket taker with 21 wickets to his name and Kohli is the leading run-getter for India with 223 runs. READ: India beat Sri Lanka by 117 runs in 3rd Test at Colombo (SSC), win series 2-1

Sri Lanka won the first Test by 63 runs, but India bounced back strongly to level the series at 1-1 with an emphatic 278-run win but it was Team India, who had the final laugh winning the third Test with ease. Sri Lanka skipper Angelo Mathews scored a valiant century, but it went in vain Sri Lanka could not capitalise on it. Cheteshwar Pujara’s selcetion in the third Test was an excellent call as he opened the batting and scored an unbeaten 145 in the first innings that gave India a good score in a bowler-friendly wicket. He was the right selection for the man of the match. Ashwin walked away with the man of the series with his stellar performance with the bowl through the series. READ: Virat Kohli’s first series win as Indian Test captain: Twitter reactions

India will now play an entire series against South Africa, with the Test series set to be played in November 2015. India will jope that they can carry on the momentum  in that series as well. READ: Ishant-Dhammika spat: Amul intervenes in matter during India vs SL 2015, 3rd Test 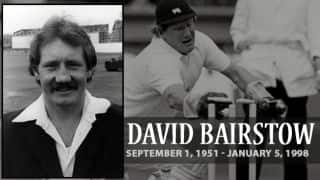