India vs Australia 2020: Indian cricket team suffered a collapse of epic proportions against Australia as they finished their innings for a mere 36/9.

In a surreal first session of Test cricket in recent memory, Indian cricket team suffered a collapse of epic proportions against Australia as they finished their innings for a mere 36/9 – their lowest ever in the format’s history. Australia pace duo of Josh Hazlewood and Pat Cummins sliced through the much-celebrated India batting line-up with the innings lasting just 21.2 overs at the Adelaide Oval and the hosts taking control of the proceedings.

Resuming on their overnight total of 9/1, the tourists could stretch their overall lead to 89 runs with Hazlewood taking 5/8 while Cummins finishing with 4/21. The collapse began when nightwatchman Jasprit Bumrah was out in the eighth over followed by an eight-ball duck for Cheteshwar Pujara.

Mayank Agarwal scored nine before departing while India captain Virat Kohli (4) was snared by Cummins thanks to an excellent catch from Cameron Green. His deputy Ajinkya Rahane also failed to disturb the scoreboard with neither of the India batters managing score in double-digits.

Mohammed Shami was hit on his arm while batting and was retired hurt on 1 as India set Australia 90 runs to win the day-night contest.

Hazlewood also completed 200 Test wickets during a spell when he looked almost unplayable.

“Everything went to plan. It is good fun. We are all good mates. It is just awesome to come out and look to take 20 wickets every game. I guess you never play cricket for self accolades but it was good fun to have the 200th wicket,” he said after the innings.

Australia were 15/0 in their chase when the dinner-break was taken on the third day of the first Test. 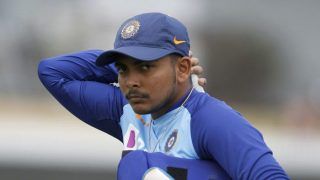 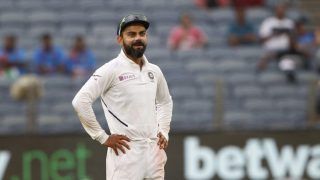