Dean Elgar was the only batsman who provided resistance but others fell prey to India's combined bowling effort.

105 required. 7 wickets in hand. To add to it, South Africa had Faf du Plessis, Dean Elgar, and Quinton de Kock; two near-all-rounders in Vernon Philander and Andile Phehlukwayo; and the resilient Kagiso Rabada. Nonetheless, the pitch woke up in time, and the Indian pacers took full advantage by bowling in right lengths and hitting the deck hard. As a result, in pursuit of 241, South Africa were bundled out for 177. In process, India in their fifth outing at New Wanderers remain unbeaten.

Resuming at 136 for 3, Elgar continued to spearhead the batting lineup. He had lost Hashim Amla and AB de Villiers at the stroke of tea after adding to India’s woes since the morning. The late breakthroughs, prior to the break, probably added to the intensity in the Indian camp.

Ishant Sharma hit the timber soon in the evening session. He removed du Plessis with a ball that nipped back in and rattled the stumps (the dismissal was similar to the one that got Virat Kohli yesterday).

De Kock, who has edged 17 per cent of his deliveries in the series, perished for nought. The ball deceived him with extra pace. He missed the length completely to get trapped. Jasprit Bumrah struck once again.

From there South Africa imploded something they typically do in knockout matches of ICC Tournaments. They choked, er, collapsed to concede an inconsequential, yet handy, victory for India.

The pitch produced extra bounce, and India pacers complimented by hitting the good areas consistently. They bent their backs that extra bit to generate pace. They didn’t allow a sniff after getting an opening following Amla’s exit.

Philander misjudged the length of a delivery, in attempt of a pull. All he could manage was dislodge the stumps. Phehlukwayo was beaten completely on a fuller delivery. Rabada edged tamely. Morne Morkel expected a short ball, and was shell shocked by a peach of a yorker.

Lungi Ngidi, the last wicket got a thick edge. The decision went upstairs, but India celebrated before the final decision appeared on the big screen. Shami, breathing fire, ended with a five-for, his third overall.

Man of the Match: Bhuvneshwar Kumar.

Man of the Series: Vernon Philander. 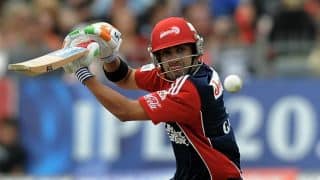 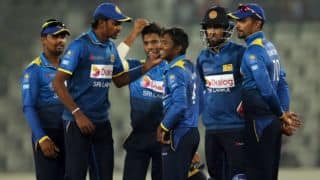