Dubai: India mantained its number three position in the recently released MRF Tyres ICC ODI Team Rankings which is being headed by world champions Australia. With 110 rating points in its kitty, India are placed below Australia (123) and second-placed New Zealand (113). Australia has retained its number-one ranking following its 58-run victory over the West Indies in the final of the tri-series in Barbados on Monday, but South Africa has dropped behind India in fourth place after it failed to reach the summit clash. South Africa’s three loses and one no-result has meant it has dropped two points to join India on 110 points, but behind Mahendra Singh Dhoni’s side when the points are calculated beyond the decimal point. Cricket remains hot topic despite Olympics, Hockey CT

The biggest gainer from the tri-series is the West Indies, which has retained its seventh ranking but more importantly it has gained six points to open up a seven-point advantage over eighth-ranked Pakistan. If this is read in the context that England plus seven highest-ranked sides on the MRF Tyres ICC ODI Team Rankings as on 30 September 2017 will qualify directly for the ICC Cricket World Cup 2019, then this is a significant improvement. India fail to gain top spot in ICC T20I ranking despite Zimbabwe series win

Sri Lanka and England, which are in the midst of their ODI series, have also swapped places after three matches with England moving ahead of Sri Lanka. The first game had ended in a thrilling tie, England won the second match by 10 wickets, while the third was abandoned due to rain. The final two matches of the series will be played on 29 June and 2 July, which means England has an opportunity to strengthen its fifth position while Sri Lanka has a chance to regain its fifth spot. Two-division Tests and One-Day League on ICC agenda

In the MRF Tyres ICC Player Rankings for ODI batsmen, India’s Virat Kohli is placed second while Rohit Sharma and Shikhar Dhawan occupy the sixth and eighth positions respectively. South Africa’s AB de Villiers has continued to lead the ODI batsmen chart while his countryman Hashim Amla is placed third. Meanwhile, no Indian features in the top 10 of the ICC Player Rankings for ODI bowlers which is being headed by West Indian Sunil Narine, followed by New Zealand’s Trent Boult and Bangaldesh’s Shakib Al Hasan. 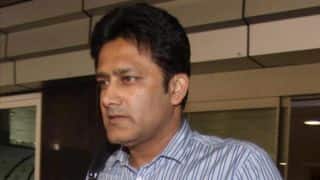 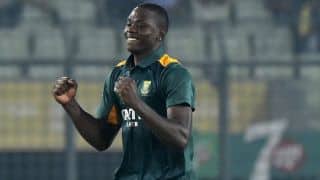