World champions India have managed to retain their number one spot in the Reliance ICC One-Day International (ODI) Team Rankings after the last two games in the seven-match home series against Australia were washed-out. 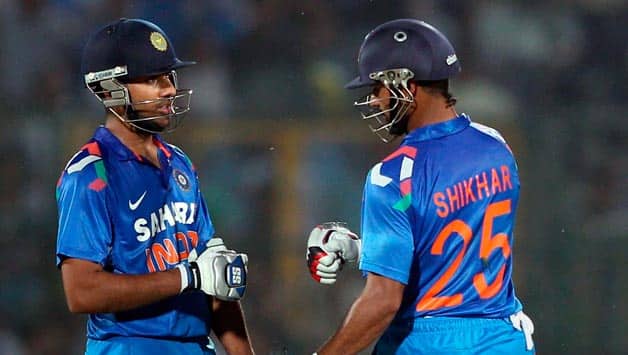 World champions India have managed to retain their number one spot in the Reliance ICC One-Day International (ODI) Team Rankings after the last two games in the seven-match home series against Australia were washed-out.

Australia lead the series 2-1 with the final two matches to be played at Nagpur and Bangalore on Wednesday and Saturday, respectively.

Australia needed to win the series 6-1 or better to dislodge India from the top and reclaim the number one spot, which it last held in July 2012.

If Australia manages to win the final two ODIs, it will rise to 119 ratings points while India will finish on 120 ratings points.

In sharp contrast, if India wins both matches, it will finish on 123 ratings points while Australia will slide to 114 ratings points — only three ahead of second placed England and third ranked Sri Lanka, according to an International Cricket Council (ICC) statement.

Among other teams Pakistan has an opportunity to gain a place on the ICC ODI Team Rankings if it wins its upcoming five-match series against South Africa by 3-2 or better. The series will begin in Sharjah on Wednesday.

New Zealand finds itself in a must-win situation in its three-match series against host Bangladesh which starts in Dhaka on Tuesday.

Meanwhile, two Indians feature in the top 10 ODI batsmen chart with Virat Kohli on the fourth position ahead of captain Mahendra Singh Dhoni who occupies the seventh position.

De Villiers was last ranked number-one in July 2013, and recently overtook Amla for the top spot of the Reliance ICC Player Rankings for Test Batsmen.

Among the bowlers, India’s left-arm spinner Ravindra Jadeja will strive to gain sole ownership of the number one rank on the ICC Player Rankings for ODI bowlers with impressive performances in the last matches against Australia.