Out-of-favour opener Gautam Gambhir on Wednesday refused to believe that fatigue due to excessive cricket was the reason behind India's back-to-back defeats in the ongoing tri-series in the West Indies. 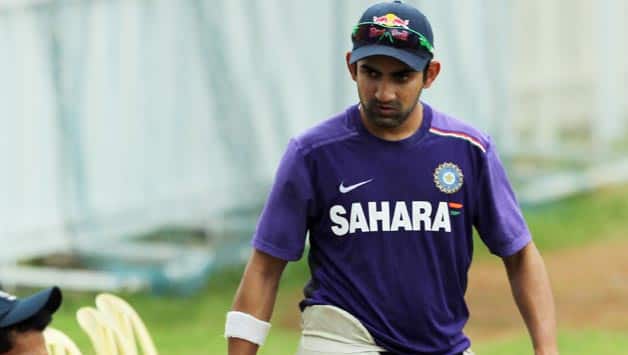 Out-of-favour opener Gautam Gambhir on Wednesday refused to believe that fatigue due to excessive cricket was the reason behind India’s back-to-back defeats in the ongoing tri-series in the West Indies.

“Not at all… if you talk about fatigue, then it should not only affect the Indian team but also the other teams. They should also get affected by it. Sri Lanka is playing the same amount of cricket as India. If other team has played well, we must acknowledge it. Their efforts should be recognised,” said Gambhir.

India’s tri-series campaign was thrown into disarray after a crushing 161-run defeat against Sri Lanka in Kingston on Tuesday night. The Indians first allowed Sri Lanka to post a mammoth 348 for one and then were shot out for 187 in 44.5 overs to suffer their second successive defeat.

The Indians got barely a few days to rejoice after their ICC Champions Trophy 2013 win in England before boarding the flight to the Caribbeans.

However, Gambhir warned against reading too much into the losses and said it’s part and parcel of the game.

“It happens in every sport, there are bad and good phases and these things happen. It’s part and parcel of cricket,” said Gambhir on the sidelines of a function here.

The Delhi dasher also refused to comment on Virat Kohli‘s captaincy, who is leading the national side in the absence of regular skipper Mahendra Singh Dhoni, who has been ruled out of the series due to a hamstring injury.

“No comments… Thank you,” was Gambhir’s curt reply.

Gambhir had hired the services of WV Raman, the former India opening batsman, as a personal consultant for a week to fine-tune his batting skills in his bid to make a comeback.

“A cricketer always work on his game whenever he gets the time and I was also doing the same thing. It’s not like I was working on my batting technique,” he said.

Gambhir also welcomed BCCI’s Tour Programme and Fixtures Committee’s decision to implement the suggestions made by the Technical Committee to revamp the Ranji Trophy format.

The 2013-14 season Ranji Trophy matches will be played only during weekends while the gap between the fixtures will be four days after the third game and every team will play four ‘home’ and four ‘away’ games in the Ranji league phase.

“It’s a good concept and the BCCI has done a right thing. It would be good to have four days gap and matches taking place on weekends. I support the steps taken by the BCCI,” he said.

Talking about injuries to cricketers, Gambhir said it can hit an athlete anytime and it should not be attributed to excess of work.

“Injuries can happen anytime and it is not necessary that it happens only because of excess cricket being played these days,” he said.