A string of heavy Test defeats, some of the biggest superstars walking into the sunset of their glorious careers and 'Captain Cool' Mahendra Singh Dhoni turning into 'Captain Circumspect' are how things panned out for Indian cricket in 2012. 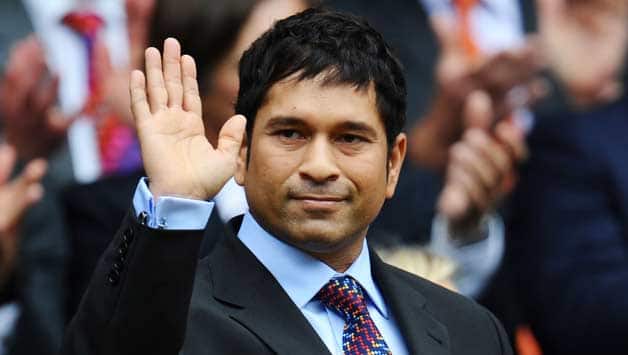 A string of heavy Test defeats, some of the biggest superstars walking into the sunset of their glorious careers and ‘Captain Cool’ Mahendra Singh Dhoni turning into ‘Captain Circumspect’ are how things panned out for Indian cricket in 2012.

Amid the number of disappointing results outweighing the success stories which were few and far between, Sachin Tendulkar and Yuvraj Singh hogged the limelight albeit for different reasons.

In March this year, Tendulkar completed a historic feat of 100 international centuries, when he reached the three-figure mark in an ODI against Bangladesh but within nine months, announced his retirement from the 50-over format, leaving a lot of questions unanswered.

In February this year, Yuvraj Singh was diagnosed with a rare germ-cell cancer and had to undergo chemotherapy sessions in the US before stunning one and all to make a comeback in international cricket within six months.

For Tendulkar, who has been worshipped for the past 23 years for for his delightful strokes, the ‘timing’ of his ODI retirement became a subject of debate as to what prompted the legend to take such a decision, especially with a high-profile series against Pakistan round the corner.

Tendulkar’s scratchy form against New Zealand and England has again prompted the Doubting Thomases to wag their tongues and getting bowled time and again to incoming deliveries hasn’t helped his cause one bit.

While Tendulkar would still be seen in white flannels, Rahul Dravid and VVS Laxman decided to call time on their international careers to signal the beginning of the rebuilding process in Indian cricket.

Ironically enough, the two, who wrote one of the finest chapters in Indian cricket with their great recovery act against the mighty Australians at the Eden Gardens in 2001, played their last Test together in Adelaide earlier this year.

Dravid’s decision might have been prompted by the fact that he was bowled six out of the eight times in the four Test series against Australia Down Under. The Aussie pacers repeatedly breached through the impregnable defence of ‘The Wall’ and at 39, the comeback looked near impossible.

For Laxman, it was more to do with the lack of communication from the erstwhile selection committee led by Krishnamachari Srikkanth as to what their plan was regarding the veteran batsman’s future.

Days after he was selected for the two Tests against New Zealand, the ‘Very Very Special’ Man of Indian cricket decided against taking part in the series. While addressing the media to announce his retirement, Laxman didn’t forget mentioning that he did “try to get in touch with skipper Dhoni but couldn’t contact him.”

A revelation that made people wonder whether ‘All Is Well’ in the Indian dressing room.

The announcements came within months of each other but it was a foregone conclusion that Indian cricket would never be the same again in the absence of Dravid and Laxman.

If retirements of iconic players saddened the cricket crazy public, even more distressing was the manner in which Team India performed in the longer version raising questions about the leadership abilities of Dhoni.

Out of the nine Test matches that India played this year, they lost five — three in Australia during the 0-4 ‘Whitewash’ and a humiliating 1-2 series loss to England — first time in nearly three decades.

The skipper looked jaded, bereft of new ideas, refusing to be flexible regarding team combinations with fascination for a particular bunch of players including Rohit Sharma and Ravindra Jadeja, who were given chances despite repeated failures at the top level.

Ishant Sharma did not do well in the Australia series, got injured and then did precious little in domestic cricket to earn an India recall. .

With Harbhajan Singh‘s dip in form and the lack of quality in Ravichandran Ashwin to become the lead spinner was badly exposed with Monty Panesar and Graeme Swann coming up trumps in the recently concluded Test series.

Openers Gautam Gambhir and Virender Sehwag failed to give good starts on most of the occasions. Sehwag finally got a century after two years while Gambhir is yet to reach a three-figure mark for the past three years.

Dhoni has carried someone like Ajinkya Rahane with the team for months without giving him a Test cap.

Not that India’s performance in the other formats was encouraging.

In the World Twenty20 in Sri Lanka, the Indians looked completely out of sorts as far as planning was concerned with Dhoni gambling with Irfan Pathan as an opener against Australia which turned out to be fatal as George Bailey’s men soundly thrashed the ‘Men in Blue’.

Cheteshwar Pujara and Umesh Yadav were two bright spots amidst all the disappointments that Indian cricket had to endure. With Zaheer Khan running the final leg of his career, the injury-prone Umesh will need to get his act together as he has the ability to deliver for a long time.

Similarly Pujara, who has shown that he has temperament for playing longer formats, will encounter a big test when he will face the deadly duo of Dale Steyn and Morne Morkel in South Africa at the end of 2013.

In the other part of the world, South Africa deservingly remained the No 1 ranked team while Australian skipper Michael Clarke taught Dhoni a thing or two about leading from the front.

Back to back double centuries (259 no in Brisbane and 230 in Adelaide) by Clarke showed what leading by example means.

Ashwin's pause and deliver bowling action should be open to debate