India's next generation batsmen like Rohit Sharma, Cheteshwar Pujara paid rich tributes to recently retired Rahul Dravid stating that they would want to inculcate his "positive attitude, temperament and humility." 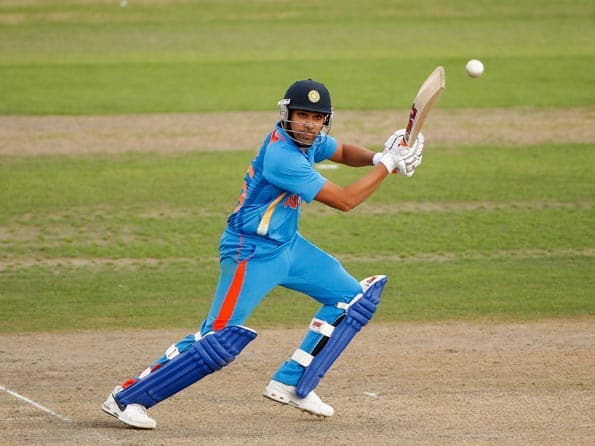 India’s next generation batsmen like Rohit Sharma, Cheteshwar Pujara paid rich tributes to recently retired Rahul Dravid stating that they would want to inculcate his “positive attitude, temperament and humility.”

“I’ve learnt quite a lot from him. The first thing is putting a price on your wicket,” said Rohit Sharma, who has played 77 ODIs scoring 1889 runs at an average of 33.14 for India so far in his career.

“Secondly, no matter what condition and situation you are batting in, never give up. Just be there, feel the heat, feel the pressure. That is when your true character shows. He showed us that. That is the biggest thing I learnt from him,” Rohit was quoted as saying by Cricinfo.

Promising batsman Ajinkya Rahane, who has featured in 11 ODIs and two T20 matches for the national team, said: “He showed us how important your wicket is and to value it always.

Another thing about him is how humble he always is on and off the field. That quality really stands out.”

“I had made 165 and 98 in the 2008-09 Duleep Trophy final in Chennai against South Zone. He [Dravid] was part of that side. I wanted to go and ask him about my batting but was feeling hesitant about approaching such a big player. Instead, he himself came up to me and told me that I was doing well and needed to continue playing the way I had been playing.

“He asked me to develop more confidence in my batting which is so important at the highest level. To have my idol, who I had grown up watching, reposing so much faith in me was a huge thing. I have had the privilege of sharing two dressing rooms with him – India and Rajasthan Royals,” he said.

Cheteshwar Pujara, who made his India debut in Bangalore Test against Australia in 2010 and had scored an excellent 72 in the fourth-innings, said he wants to inculcate Dravid’s positive attitude in him.

“I was 20 or 21. He was playing for Karnataka against Saurashtra in Rajkot. He is one of my idols. I just wanted to ask him that if I wanted to play at the international level, what should I do and how can I improve myself,” he said. (PTI)