New Zealand has done well in the last 10 months under the proactive leadership of Brendon McCullum who replaced Ross Taylor in controversial circumstances. 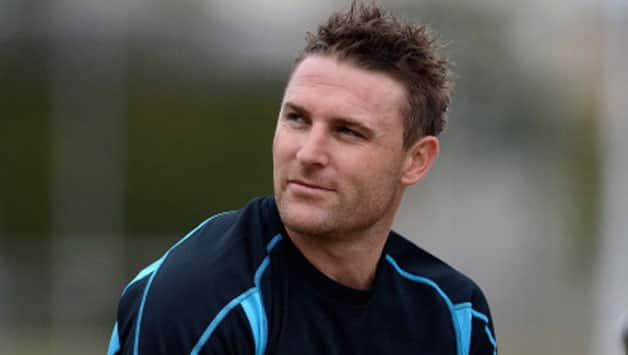 New Zealand has done well in the last 10 months under the proactive leadership of Brendon McCullum who replaced Ross Taylor in controversial circumstances.

McCullum has managed to get the best out of his young team and told IANS that the next couple of months and tours will give a clear indication as to how the team would fare at home against India.

The flamboyant wicketkeeper batsman feels the unit is gelling well at the moment and is hungry for success. New Zealand play a full series in Bangladesh starting Wednesday. From there they go to Sri Lanka before hosting the West Indies in December. Finally, it will be India in January.

“If we play well in the next three months, then we have a good chance of beating India in all three formats. If we struggle, then it can be a hard tour for us. The upcoming tours will be crucial for the development of this team,” McCullum told IANS.

First up are Bangladesh and the Black Caps skipper is excited about it.

“Should be a tough tourm, mate,” McCullum told IANS at a get-together at the New Zealand high commission here before leaving for Dhaka.

McCullum was given charge of all three formats in December after Ross Taylor refused the split captaincy proposal by chief coach Mike Hesson and stayed away from the tour to South Africa.

The Black Caps have done reasonably well since the change of guard, winning one-day series in England and South Africa. They also drew a three-match Test series with England at home on return from South Africa.

Rankings, however, suggest New Zealand are struggling in the pecking order. They are eighth in Tests and seventh in ODIs. McCullum says the team is keen to climb up the ladder.

“There were obviously interesting circumstances when I was made captain. I looked at the scenario at that time and thought it was the right thing to do. It was time for a leadership change and to try to get the team out of the doldrums, so to speak.”

“Last few years, we have not been where we should have been. But now in the short space of time, we have played some good cricket. We have challenged better teams. We might not have the depth in the side but definitely have quality,” said the 32-year-old.

Cricket in New Zealand can never threaten the popularity of the country’s number one sport, rugby. The cricket team can only improve its image by winning more fans with their performance, more so against a top side like India.

“India is a massive tour for us, mate. As you know, our performance of late has not been good enough. Not just financially, India tour will give us great experience, particularly the young guys.”

Though many, including batting great Rahul Dravid, have questioned the logic of playing a two-match Test series, the trend seems to be gaining momentum in the current economic environment.

What is McCullum’s take on playing a short Test series against India?

“We rather play two over none,” McCullum quipped.

McCullum has scored close to 5,000 runs in Tests and ODIs after making his debut in 2002 and is nearing Adam Parore’s mark of 201 dismissals behind the stumps. Considered a T20 specialist, he has played in leagues all around the world.

About his future, McCullum says: “I just want to go as long as I can. Playing in the 2015 World Cup is one of the goals. Hopefully I will lead the side and have a good tournament.”

“I had a good campaign back home against England. There will be times when I don’t score runs but I will always play aggressively. Very much like Sehwag. It is never going to look pretty when I get out, but I choose to play that way. You have greater possibility to succeed when you have no fear.”

A pragmatist, McCullum insists he has no issues with his old pal Taylor, both having played for New Zealand right from the under-19 days, and that should go a long way in changing the fortunes of both the players as well as their team. 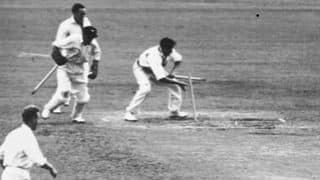