Pakistan Cricket Board (PCB) chairman Zaka Ashraf revealed on Wednesday that the recently killings of two Indian soldiers near the Line of Control (LoC) diminished India’s chances of touring Pakistan for a bilateral series. 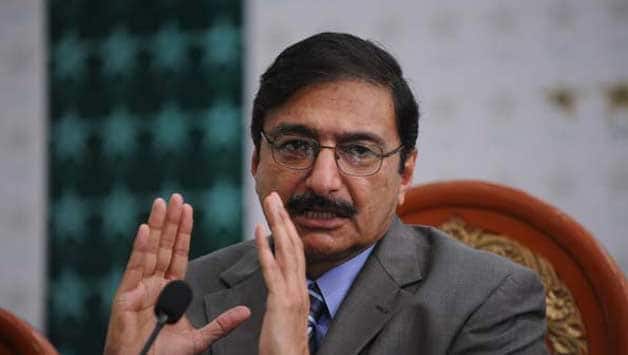 Pakistan Cricket Board (PCB) chairman Zaka Ashraf revealed on Wednesday that the recently killings of two Indian soldiers near the Line of Control (LoC) diminished India’s chances of touring Pakistan for a bilateral series.

Ashraf told Dawn in an exclusive interview, “I would like to disclose here that India’s tour to Pakistan had almost been finalised after both PCB and BCCI held a series of useful meetings during the Pakistan tour.”

“We not only met the BCCI but also Indian government officials and were at a stage of giving practical shape to the tour. But the recent situation at the Line of Control (LoC) spoiled everything. But I believe that peace-loving people of both the countries should make joint efforts to defeat those elements who are trying to sabotage the peace process,” Ashraf added.

Pakistan recently toured India for a three-match ODI series, which it won 2-1, and a two-match Twenty20 Internationals series, which was drawn.

Ashraf said that he is not disappointed with the response of other nations in regards to the return of cricket in Pakistan, and is hopeful that results will be seen in next two years.

“I do not feel hurt or disappointed by the setbacks in these campaigns and let me assure you that our efforts today will yield positive results for Pakistan in near future, in say about next two years,” he said.

“We are taking all steps to revive international cricket here and everyone should feel proud about the efforts we have made in this regard,” Ashraf added.

Ashraf also claimed that his gesture of sending a bouquet to the late Bal Thackeray, Shiv Sena’s party head, was appreciated by people in both the countries.

Talking about the restoration of international cricket, Ashraf said, “First of all we have been trying to convince both the countries by adopting diplomacy to an extent where our national pride and honour are not compromised.”