With most of their top stars rested, a depleted Indian cricket team will seek revenge for the humiliation it suffered two years ago when it takes on minnows Zimbabwe in a five-match One-Day International (ODI) series starting on Wednesday, well aware of the perils of taking the home side lightly. 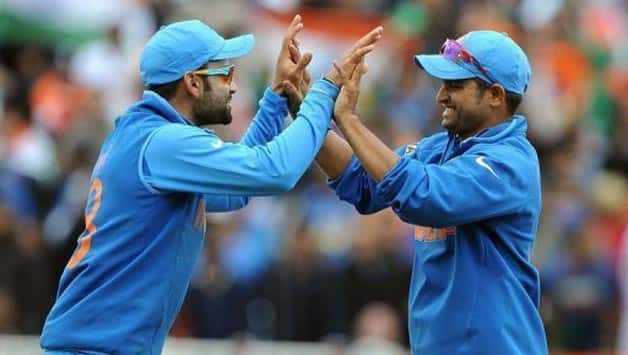 With most of their top stars rested, a depleted Indian cricket team will seek revenge for the humiliation it suffered three years ago when it takes on minnows Zimbabwe in a five-match One-Day International (ODI) series starting on Wednesday, well aware of the perils of taking the home side lightly.

On their previous trip to Zimbabwe, another depleted Indian team, captained by Suresh Raina, lost both its matches to Zimbabwe in a tri-series which also featured familiar foes Sri Lanka.

Indians, being led by Virat Kohli this time after Mahendra Singh Dhoni was rested, would do well to revise the lessons of that trip before taking the field on Wednesday.

Zimbabwe may not be too big a force to reckon with in international cricket but can be a handful for an under-strength team.

And India can be called a depleted side given that top spinner Ravichandran Ashwin, and frontline pacer Ishant Sharma, Bhuvneshwar Kumar and Umesh Yadav would also be missing from action apart from Dhoni.

“All along we’ve prepared and hoped we might surprise them in one of the games,” Zimbabwe coach Andy Waller has stated.

“You’ve got to be realistic, but as long as we’re competitive and do the best we can. Our guys are hugely excited about this. It’s a great experience for them, and we’ve been preparing knowing that the best side in the world are coming,” he added.

The Indian batting would revolve around the likes of Kohli, Rohit Sharma and Shikhar Dhawan. Rohit has blossomed in the opening role and would look to strengthen his position with some good knocks in Zimbabwe.

In fact, Shikhar and Rohit average 57.72 in partnership and have put together three century stands so far.

Cheteshwar Pujara would lend stability to the middle order where Suresh Raina will also have an important role to play. Raina would look to wipe off the memories of the previous tour’s debacle under his captaincy.

India’s bowling attack has an all-new look to it with the duo of Shami Ahmed and rookie Mohit Sharma comprising the pace department, aiming to earn some brownie points for themselves.

Vinay Kumar and Jaydev Unadkat are the other speedsters in the squad.

The spin attack would feature debutant Parveez Rasool, the first cricketer from Jammu and Kashmir to get the national selectors’ nod, and the experienced Amit Mishra. Dinesh Karthik would don the gloves behind the stumps in Dhoni’s absence.

The Brendon Taylor-led Zimbabwean team, which has been training for the series for the last two months, is devoid of any major stars.

Taylor is their star in the batting department and has the best record against India in ODIs, with 184 runs at an average of 46 in four games.

A look at overall record would make India the favourites as Zimbabwe have only beaten them 10 times out of the 51 ODIs played between the two sides.