Mumbai: Indian Premier League‘s (IPL) table toppers Mumbai Indians‘ (MI) death-over specialist, Jasprit Bumrah, should get the nod in India’s ICC Champions Trophy squad, feels the franchise’s bowling coach, Shane Bond. “I will be surprised if he is not in it (the squad). He will be a good bowler in all formats. At the moment he is a good ODI and T20 bowler,” the former New Zealand fast bowler told PTI in an exclusive interview here today. Bumrah has been the go-to bowler to bowl at the ‘death’ for MI this season due to the indifferent form of Sri Lanka’s sling-arm pacer, Lasith Malinga. The 23-year-old bowler has taken 9 wickets in 8 IPL games this season, the second-best for the team after New Zealand’s Mitchell McClenaghan (132). READ: Shane Bond praises Jasprit Bumrah for his consistent performance for India

The Ahmedabad-born cricketer had played for India in the team’s last ODI against England at Kolkata in January. In 11 ODIs, since his debut against Australia at Sydney in January, 2016, Bumrah has captured 22 wickets. Bond, who was among the fastest bowlers in his prime before injuries cut short his international career after just 18 Tests in which he scalped 87 wickets, was impressed with the current crop of Indian bowlers. “India have been playing their cricket at home. (Ravichandra) Ashwin, (Ravindra) Jadeja are phenomenal in these conditions. But it has allowed the seam bowlers to come and make real impact and bowl quick. Umesh (Yadav) has developed as a bowler. Bhuvneshwar (Kumar) hasn’t played much and the benefits of his rest can be seen as his pace has come up again. So, when India (play) away from home, they have got a seam bowling attack which is going to be a handful, given the right conditions,” said the 41-year-old from Christchurch.

Bond also heaped praise on Hardik Pandya and said the Baroda all-rounder, along with Bumrah, added balance to the MI squad.

“He (Bumrah) is a world class white-ball bowler and his reputation as a death bowler. He does bowl good yorkers. We try him with Hardik, get them to use range of variations, because people know Bum’s (Bumrah’s) yorkers are so good,” Bond said.

Praising Pandya for his all-round skills, Bond felt his work load needed to be monitored as well.

“He (Hardik) is our quickest bowler along with Bumrah at the moment. I am really pleased with the way he is coming along and developing. He has got a lot on his plate. He’s a genuine all-rounder, so we have to be very careful about managing his bowling,” said Bond, who scalped 147 wickets in 82 ODIs. He was also pleased with the performance of MI bowlers, in the T20 League so far.

“I am really happy with the performance of the bowling group, not just the quick bowlers. We are lucky that Bhajji (Harbhajan Singh) and Krunal (Pandya) are (also) bowling well. Karn Sharma got a game last night and did well. When we take the field, we are planned and have lot of good strategies in place. We have bowlers who are capable of going and delivering out there,” quipped Bond.

He also was satisfied that the MI bowlers had been able to restrict the opposition batsmen to scores of around 160 despite the rivals getting off to some good starts. 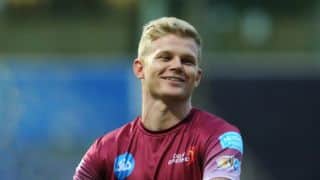 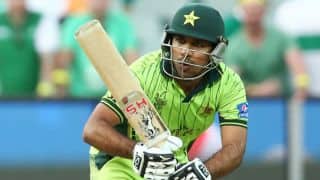