Gautam Gambhir isn't impressed with the way India surrendered to England bowlers on Day 4 of the fourth Test in Southampton.

Gautam Gambhir isn’t impressed with the way India surrendered to England bowlers on Day 4 of the fourth Test in Southampton which resulted in a 60-run win for the hosts. Chasing 245, India were bowled out for 184 as England wrapped up a series win with a Test remaining on Sunday.

Terming the defeat ‘frustrating’, Gambhir felt the Indian batsmen played irresponsibly, singling out Rishabh Pant who struck 18 off 12 before being dismissed by Moeen Ali. In fact, it was Moeen who engineered England’s win after returning to Test cricket after a gap of almost six months. He outshined R Ashwin with match figures of 9/124.

Gambhir, who has played 58 Tests and scored 4154 runs, felt the target was gettable and that the visitors were still in the contest when captain Virat Kohli and Ajinkya Rahane were batting.

“Obviously a frustrating loss for India,” Gambhir was quoted as saying by The Times of India on Monday. “You expect Indian batters to chase 245 on this wicket. Obviously, Moeen Ali was a threat. But the way Virat Kohli and Rahane were going, India were in the game. Some of the shots were absolutely not up to the mark, especially Rishabh Pant. You don’t expect when you are chasing around 90 runs and you start playing like this. Obviously you can be brave but there are better options that could have been taken.”

A lot has been spoken about how the wicket played out but Gambhir thought the wicket wasn’t that bad but credited England for outplaying India.

“India batters should have gotten this total on this wicket. Moeen Ali was a threat and then they had three fast bowlers plus Sam Curran. But I thought that the wicket wasn’t that bad as it looked and it played really well, especially from the fast bowler’s point of view.

“All credit to England. They completely outplayed India in this Test. Whatever people can say, I think 60-run defeat is massive,” he said.

Having already lost the series 3-1, India have a chance to add some respectability to the scoreline in the fifth and final Test at Kennington Oval which starts from Friday. 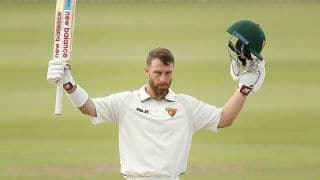