Former Australian skipper Ian Chappell has said that India's Rohit Sharma should be preferred over Virat Kohli in the forthcoming Test series between the two sides, starting in Melbourne on December 26. 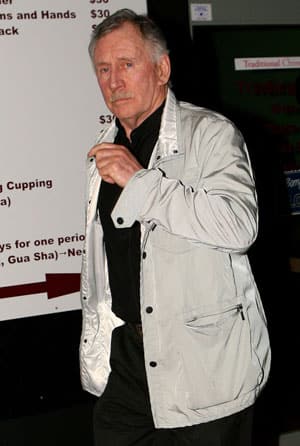 Former Australian skipper Ian Chappell has said that India’s Rohit Sharma should be preferred over Virat Kohli in the forthcoming Test series between the two sides, starting in Melbourne on December 26.

Kohli has more or less sealed the number six slot with a century in the last warm-up game in Canberra, but Chappell said it would be a mistake to play the Delhi batsman at the expense of Sharma.

“I think Rohit Sharma should be preferred. I have seen him taking on the Australians, playing the horizontal shots.

“But I think Kohli will be played, and that will be a mistake,” Chappell said.

Chappell reiterated that it is India’s best chance to conquer Australia at their backyard, something the visitors had never done before.

“It is India’s best chance to beat Australia in Australia. The Aussies have been inconsistent and there have been unbelievable number of injuries,” Chappell said during a panel discussion on ‘Times Now’.

The former player, now a commentator and an expert, also reiterated that Zaheer Khan and Virender Sehwag’s form will be crucial to India’s success.

“A lot depends on Zaheer Khan. There is also this guy (Umesh) Yadav. He is a good bowler and has got some attributes. They (youngsters) can take the challenge and are not weighed down by responsibility,” Chappell said.

“R Ashwin has also got the ability, he is a smart cricketer. But it will be a better attack if Zaheer is in form,” he added.

As regards the importance of Sehwag, Chappell said, “If he fires, he makes a huge difference. If he makes a big score, he gives the bowlers enough time.”

About Sachin Tendulkar’s impeding 100th international ton, he said, “In 2007 (in England) he got out in 90s a few times. If the 100th hundredth dominates the mind, then its not good.”

While Chappell labelled India as the favourites, India’s 1983 World Cup-winning skipper Kapil Dev was not ready to jump the gun.

“All depends. There is no need to talk too much. Both the teams had a rough and good times in the recent past. India have the ability, the talent and it will depend on who will use the given time better,” Kapil said.

“I don’t like to think like that. We have got a good batting line-up, we can score 600 runs, but to bowl the opposition twice you need good bowlers.

“Much as I would like to talk about our youth, they are yet to prove themselves,” Bedi said.

As far as injuries are concerned, especially over the fitness status of Zaheer and Ishant Sharma, Kapil said a team can’t depend on one player.

“There are no shortage of players. Anybody can get injured; if somebody’s injured the selectors have to take a call,” Kapil said.

Bedi said there is no point carrying an injured player.

“There is no pint. These days they talk about the niggles. You have to give 100 per cent no matter what the situation or the condition is.”(PTI)