India lost the first Test to South Africa by 72 runs.

With Indian batsmen struggling to cope up with South African conditions in their ongoing South Africa tour. The whole debate regarding warm-up matches have reopened. Before leaving for South Africa, Virat Kohli had claimed that a warm-up tie won t do India much good. Now, Sunil Gavaskar has snubbed Kohli s claim.

Gavaskar, writing for Times Of India, mentioned, Whatever the thinking of the team think-tank, they should have played the warmup games for the simple reason that the Indian team invariably struggles in the first Test overseas and playing a couple of warm-up games would have taken away, to a great extent, that feeling of unfamiliarity while facing the Proteas quickies in the first Test.

Gavaskar came hard on India’s first Test show. He wrote, As soon as the Test ended, a message should have been sent to the groundsman to not water the pitch, so the players could come and practice on the same pitch which had given them the problems. The next day was travel day so there would be little or no practice that day too.

India lost the first Test to South Africa by 72 runs. Currently South Africa have made a steady start in the Centurion Test after electing to bat first. 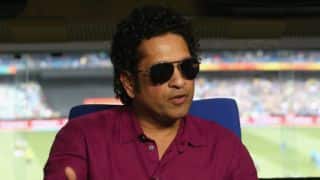