Get your young cricketers to play on more sporting wickets, was West Indian legend Brian Lara's advice to the Indian team for getting a competitive edge in Test matches. 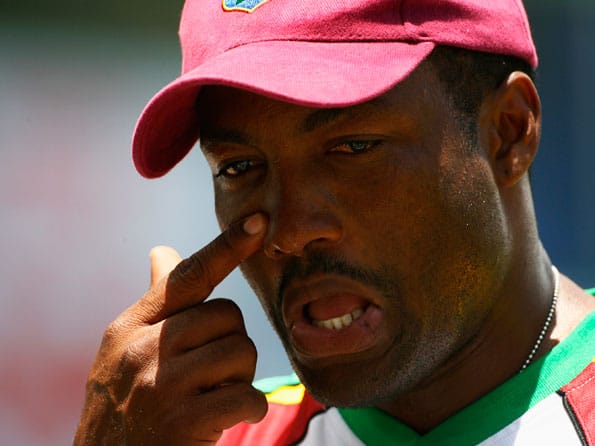 Get your young cricketers to play on more sporting wickets, was West Indian legend Brian Lara’s advice to the Indian team for getting a competitive edge in Test matches.

Lara’s advice came on a day when India were bundled out for a meagre 161 on the first day of the third Test against Australia in Perth today.

“I think it has to do with the infrastructure, your coaching scheme, pitch development in terms of trying to get your young players to play on more sporting pitches,” Lara told reporters in a video conference from Mumbai.

He said he was not talking about the present crop of Indian cricketers but thinking about getting a result five to 10 years down the line.

“Get you young players to play on more sporting pitches so you can be more competitive on the international stage,” said Lara, who is part of Trinidad and Tobago Prime Minister Kamala Persad Bissessar’s delegation on a two-week visit to India.

Lara pointed out that India struggle on pitches that have a little bounce and pace and the situation was no different in the ongoing Test series in Australia.

“If you take the entire Test series and shift it to India in this present time, you will see a totally different result,” he said.

However, Lara said the Indian cricket team was “still very strong” as it had recently won the ODI World Cup.

“It is just that the charge diminishes once they leave the shores of India,” he quipped. (PTI)