Former India all-rounder Ravi Shastri feels that the Indian team would do well to attack home team skipper Alastair Cook, who is under immense pressure after a prolonged bad patch, during the upcoming five Test series against England, starting July 9.

England enter the Test series against India on the back of a 0-1 loss to Sri Lanka with Cook not having scored a Test hundred in the last 24 innings, and Shastri said that the visiting team must prevent the English skipper, who averages 55.26 against India, from gaining a foothold in the series.

“If you have the leader under pressure always go for him. You need to get stuck in. You have to make the game as tough as you can,” Shastri told ESPNcricinfo.

Drawing comparisons with India’s 1986 tour of England, where the visitors won the series that started with David Gower under scrutiny as captain. After the defeat in the first Test at the Lord’s, Gower was replaced by Mike Gatting. “With David Gower, all we said was don’t let him get runs in the first Test and let the pressure build. He lost the captaincy, India won the series,” Shastri recalled. Shastri said England must decide whether they want Cook as a batsman or as a captain.

“Cook is mentally very tough. He’ll break all records for England. The question is do you want a captain in Cook who is not playing freely or do you want Cook playing freely as a batsman,” the former captain asked. He also insisted that Cook could take a lesson from legendary batsman Sachin Tendulkar by giving up captaincy to concentrate on his batting. “That is what happened to Sachin Tendulkar. As captain he felt the pressure was getting to his batting and it was taken away,” he added. 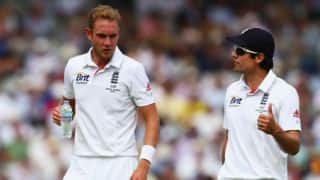 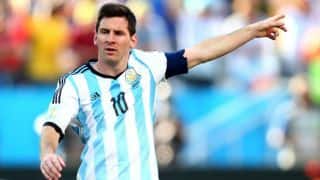