The selectors have announced the squad for the 2013-14 Asia Cup to be held in Bangladesh this month. The selectors have finally included Cheteshwar Pujara in the One-Day International (ODI) team. Pujara had played just two ODIs for India. Ishant Sharma, Suresh Raina have been excluded from the squad. Pujara has replaced Raina in the 15-member squad.

This time around, Afghanistan will be making their debut in the Asia Cup. Other than Afghanistan, Bangladesh, the hosts, Sri Lanka, India and Pakistan will be participating in the tournament. Pakistan won the last edition of the Asia Cup against Bangladesh. Pakistan, led by Misbah-ul-Haq, won by two runs. The 2012 edition was held in Bangladesh also. India has won the title five times.

All the teams will play against each other once and two teams will qualify for the final to be held on March 8 at Mirpur. All the matches will be held at Fatullah and Mirpur.

Catch the full schedule of the Asia Cup here 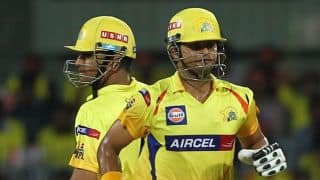