India squad for Pakistan series to be announced on December 23

India squad for Pakistan series to be announced on December 23

National cricket selectors will meet on Sunday to pick the Indian squad for the limited-overs series against Pakistan amid speculation that struggling senior batsman Sachin Tendulkar has made himself available for ODI selection.

National cricket selectors will meet on Sunday to pick the Indian squad for the limited-overs series against Pakistan amid speculation that struggling senior batsman Sachin Tendulkar has made himself available for ODI selection.

The panel, headed by Sandeep Patil, will be meeting for the first time after the humiliating Test debacle against England.

The T20 matches against Pakistan are scheduled on December 25 and 28 in Bangalore and Ahmedabad respectively and the squad is unlikely to see many changes from the one playing against England in a T20 rubber that concludes on Saturday.

It is the ODI squad that would draw more attention as there are unconfirmed reports that veteran batsman Tendulkar has made himself available for the three-match rubber starting in Chennai on December 30.

The senior cricketer had been part of the last ODI squad during the failed campaign in Bangladesh in the Asia Cup where he completed his unprecedented feat of 100 international hundreds.

Tendulkar, whose retirement has been speculated endlessly in the media and by former cricketers, has been in and out of ODIs in the last few years by choice, but with his form dipping in Tests, the 39-year-old could be eager to rediscover his successful run through the 50-over game for the upcoming four-match Test rubber at home against Australia.

The second and third one-day games against Pakistan are to be held in Kolkata on January 3 followed by the last game on January 6 in the Capital.

This three-match series will be followed by the five-match ODI rubber against England that commences on January 11 at Rajkot. The tourists will return to India after taking a break for Christmas and New Year.
The other four games are to be held at Kochi (January 15), Ranchi (January 19), Mohali (January 23) and Dharamsala (January 27).

The other focus in the selection meeting would be captaincy and as per current indications, Mahendra Singh Dhoni is expected to keep his job though his success record in the ODI format too, like the one in Tests, has taken a steep dip after he piloted the country to the World Cup title last year.

India have had mixed results since that heady April 2, 2011 day in Mumbai with the reversals coming in England, Australia and in the Asia Cup in Bangladesh.

Zaheer Khan is another senior cricketer who is battling fitness concerns and dipping form in international cricket. He is playing for Mumbai in the Ranji game against MP at Indore from today and it remains to be seen whether the selectors will pick him for the ODIs against Pakistan and later England.

The other point of interest in the selection would be Virender Sehwag who opted out of the Twenty20 series against England. It is not known whether he has declared himself available to play in the T20 format against Pakistan that follows in three days’ time.

A number of T20 squad members are likely to gain selection for the 50-over series against Pakistan too. 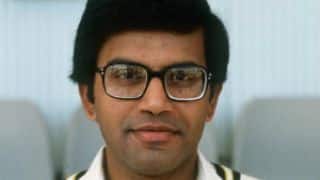