India are sweating on the fitness of superstar batsman Sachin Tendulkar ahead of the second one-day international against England in Southampton on Tuesday. 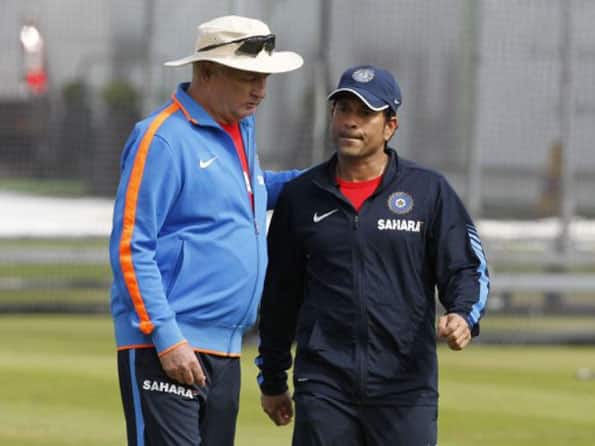 India are sweating on the fitness of superstar batsman Sachin Tendulkar ahead of the second one-day international against England in Southampton on Tuesday.

Tendulkar missed the first one-dayer in Durham on Saturday with a recurrence of an old toe injury that left him struggling to jog.

The batsman will see a surgeon in Southampton on Monday to determine if he can take any further part in the series.

Tendulkar aggravated the injury in training on Friday and if he misses the rest of the series it would leave him stranded on 99 international hundreds after failing to get to three figures all summer.

Indian manager Shivlal Yadav said: “He is suffering from inflammation to the bone in his big toe on the right foot. In the past he had a fracture to the bone and after training he felt a little pinch.”

Rohit Sharma is definitely out of the rest of the series after having his hand fractured by the first ball he faced from Stuart Broad.

The batsman was in visible pain as India’s physio treated him on the pitch and about scans later revealed fractures.

The two injuries are the latest in a long list that wrecked India’s chances in the Test series where they were beaten 4-0.

England have fitness worries of their own.

Graeme Swann missed the first match because of sickness but captain Alastair Cook is confident he will have his premier spinner back for the second game of the series.

Cook said: “He will be alright for Tuesday.” (AFP)