India to host Pakistan in 2013

India to host Pakistan in 2013

India are scheduled to host Pakistan for a Test series in 2013, the first time after 2007, according to ICC's draft Future Tours Programme which would be finalised in the world body's annual conference in Hong Kong starting Sunday. 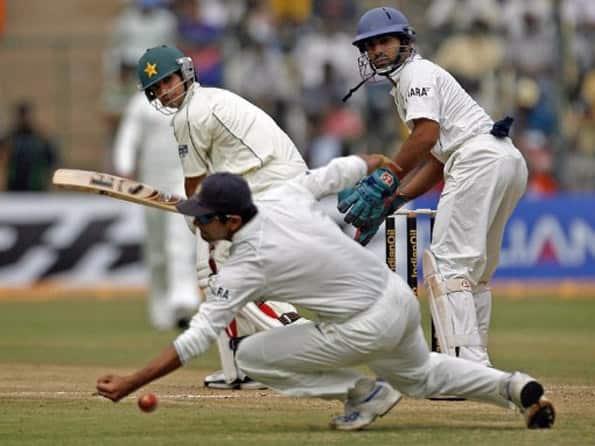 India are scheduled to host Pakistan for a Test series in 2013, the first time after 2007, according to ICC’s draft Future Tours Programme which would be finalised in the world body’s annual conference in Hong Kong starting Sunday.

Beyond the 2013 tour, particulars of other series between the two countries were vague with neither the host nation nor the number of games were specified in the FTP which would run from 2012 to 2020.

India also play fewer Test matches than England and Australia in the eight-year period though the world champions would be the busiest team in ODIs, according to ESPNcricinfo.

These are, however, draft proposals and the final numbers could be different. The draft has a clear division among the Test playing countries with England, Australia and India scheduled to play the most Tests, followed by Sri Lanka and South Africa.

England will play 99 matches over the next eight years, Australia 92 and India 90. Sri Lanka and South Africa will play 76 and 74 Tests respectively. They are followed by the West Indies and New Zealand with 66 Tests each and Pakistan with 65 followed by Bangladesh (42) and Zimbabwe (41).

The ODIs are more evenly distributed. India will play the most with 166 matches, 89 of which are away games. Zimbabwe have the fewest at 64, of which 37 are at home. All other countries play between 100 and 160 games.

In the Twenty20 format, most teams are scheduled to play between 30 to 55 matches.

The working draft of the FTP contains an official two-week window in September for the Champions League Twenty20 each year and also leaves space for an unofficial IPL window in April and May, making it possible for players from most nations to participate in it.

India have a comfortable window for the IPL in most years except for 2014 when they are scheduled to tour Bangladesh for three ODIs in May and then start a five-Test series in England in the second week of June, leaving just a three-week gap for the Twenty20 tournament.

England are the only country without a clear IPL window for most of the years. Australia have made space in their calendar to allow their players to take part in the IPL while New Zealand are a mixed bag, with tours scheduled in some years and a gap in others. West Indies have series that potentially clash with the IPL as May and June are part of their home season.

Apart from England and Australia playing five-Test Ashes, India’s tours to England in 2014 and 2018 will also contain five Tests. No other team will be involved in five-Test contests.

All of India’s other bilateral series are between two and four-Test affairs. West Indies and Sri Lanka, however, have nothing longer than three-Test series, while Bangladesh and Zimbabwe are limited to two.

According to the draft FTP, India will not host Bangladesh or Zimbabwe for either Tests or ODIs in the whole of the eight-year period. India have not hosted Bangladesh in a bilateral series since the latter got Test status in 2000.

There will also be two Ashes series in 2013 — one during the English summer and the other in Australia at the end of the year — in order to avoid a clash with the 2015 World Cup in Australia and New Zealand.