India to play one-off Test vs Bangladesh at Hyderabad

India to play one-off Test vs Bangladesh at Hyderabad

Amidst a busy schedule full of a number of Test series coming up, India is all set to play Test match with Bangladesh. As the neighbours will visit India, the only Test match will be played at the Rajiv Gandhi International Cricket Stadium, Hyderabad. The series has been named Ganguly-Durjoy Series after former India captain Sourav Ganguly and Bangladesh’s first captain Naimur Rahman Durjoy. India, after a long season of limited-overs cricket, will now play back to back Test series after their limited-overs series in Zimbabwe. The series that included three of both One-Day Internationals (ODIs) and Twenty20 Internationals (T20Is) will be followed by India’s tour to West Indies which marks the initiation of India’s Test season. READ: India announce venues for 5 Tests against England

Virat Kohli has tasted much success after being handed over the Test captaincy. Kohli became the youngest skipper to win an overseas Test series as he led the team to win the Test series in Sri Lanka. So far, leading the team in 10 Test matches, Kohli has maintained a very good record, winning five matches and drawing three of them and will be looked at for a good season. 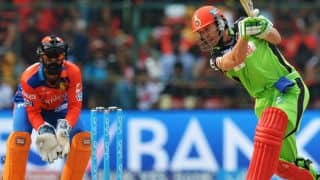 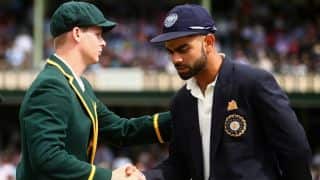 India to play 4 Test matches against Australia at Bengaluru, Dharamsala, Ranchi and Pune