Martin Guptill scored his fifth One-Day International (ODI) hundred in the third game against India at Auckland. Guptill earlier had a good partnership with Kane Williamson, who scored 65. Now, New Zealand are 210 for three in 36 overs.

Guptill was handed two short deliveries by Bhuvneshwar Kumar in the 35th over and he pulled him first behind square for four and then through mid-wicket for another. That took him to 96 and then he took a brace to move to 98.

The batting powerplay was taken by New Zealand as it had reached the 35th over. 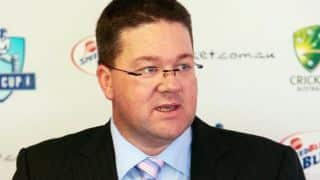