Former England captain Geoffrey Boycott has slammed the Indian team for their pathetic display with both bat and ball in the humiliating 1-3 Test series loss to England and said the batsmen were like “lambs to the slaughter”.

“India were pathetic when they had to bat and bowl on two seaming, swinging pitches at Old Trafford and The Oval. Their batsmen lacked application and the technique to handle two of the best Test bowlers in the world in James Anderson and Stuart Broad. On these sort of pitches they are a handful for any batsmen and these talented kids had no experience of such conditions,” Boycott wrote in his column in The Daily Telegraph.

“The Indian batsmen were like lambs to the slaughter. Last winter England supporters did not enjoy our team getting annihilated and embarrassed by Australia with matches finishing early,” he said. Boycott also doesn’t like the idea of having a five-match series.

“Back-to-back Tests gave them no county cricket to try to find form or confidence. Cricket administrators the world over are only interested in how many international days they can cram into any summer season so that they can sell the rights for more and more television money,” he said.

Boycott feels one-sided series are not good advertisement for the game and he wants to see more hard-fought series. “It is not a good advert for Test cricket when series are so one-sided. We want to see a hard-fought contest, to enjoy the ebb and flow of a match, swaying from one side to the other, and hopefully England coming out on top at the end. Not just one-sided hammerings,” he said.

Boycott was happy with the performance of batsmen Gary Ballance and Jos Buttler, but was far from being impressed with opener Sam Robson. “The good things we have learnt are that Gary Ballance is mentally strong and up for the challenge of batting at three. Joe Root has found his perfect place at five. Jos Buttler showed some real batting composure at Old Trafford and the Oval… But Sam Robson, the opener, I am sorry, his footwork and judgement outside off stump is not good enough. We have to find someone better for the sterner Tests to come against Australia in England, Pakistan in the United Arab Emirates and South Africa away,” he said.

The legend doesn’t believe that England would be preparing similar pitches for the Ashes next summer and if they do, matches would last just two days.

“Let us be clear, I do not see England preparing pitches like Old Trafford and the Oval when we play the Australians of Mitchell Johnson, Ryan Harris and James Pattinson next year. If we do, there will be some two-day Tests. They have bowling just as good as ours, if not better. This is why we have to be cautious,” he said. 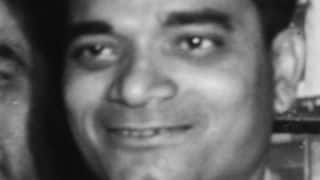 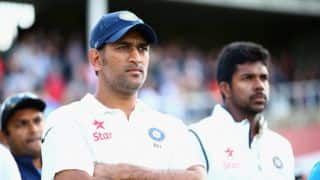 India suffering in Test cricket due to T20