Ian Bell sent his regards after England demolished India 3-1 in the Test series.

England batsman Ian Bell congratulated his team after they hammered India 3-1 in the five-match Test series that arrived at its conclusion on the third day of the fifth Test at the Oval on Sunday.

The right-hander from Warwickshire took to his Twitter account to send his regards for the victorious team. ” Awesome effort from all the lads to turn that series around. Thanks so much for everyone’s support through the tough times. Great feeling!” read the Tweet that was sent on Tuesday from Bell’s verified account.

Awesome effort from all the lads to turn that series around. Thanks so much for everyone’s support through the tough times. Great feeling!

Bell scored 297 runs in seven innings at an average of 42.42. He had top-scored England with a scintillating knock of 167 from 256 balls in their mammoth total of for the loss of seven wickets. He also hit a half-century during the host’s only innings in the fourth Test at Manchester.

India were demolished in the last three Tests of the series after drawing and winning the first two games. After an impressive victory at Lords, where they notched up their second win ever, the Indians simply looked clueless in all departments. The Indian batsmen had a lot to answer after failing to handle the pace and spin combination of James Anderson, Stuart Broad and Moeen Ali, and were criticised for throwing their wickets away that set the tone for the rest of the match.

The two sides will now clash in the limited-overs format. While England will look to win both the ODIs and T20s to complete their domination over India in a repeat of the 2011 series, the wounded and humiliated Indians will look to salvage some pride out of the remaining encounters. 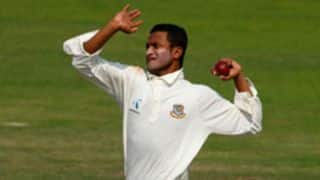 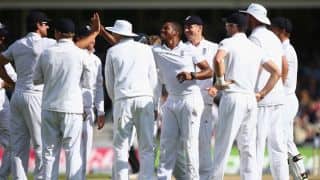