Zaheer believes that Ishant Sharma will have to spearhead the bowling attack due to his experience.

Veteran India pacer Zaheer Khan said that it was time Ishant Sharma should step up and spearhead the Indian bowling attack during the upcoming five-Test series against England, starting in Nottingham on July 9.

Ishant, who is the only one out of the six frontline seam bowlers in the Indian squad to have toured England before, had a miserable outing during India’s tour match against Leicestershire.

“It is Ishant who has played the most number of matches and he has been around for a while. It is time he steps into that role,” said Zaheer, who missed out on selection for the England tour because of a side strain.

“For Bhuvi (Bhuvneshwar Kumar) and (Mohammed) Shami, it is their first (England) tour so they will look to Ishant and (bowling coach) Joe Dawes for inputs to perform in those conditions,” he told ESPNcricinfo.

Ishant had played only four Tests in England during India’s 2011 tour and took just 11 wickets in that series.

“I was also impressed by someone like Mohammed Shami, who was able to perform the pace bowler’s role very nicely.

“For a successful bowling unit you require a good fast bowler with very good pace and Shami has that. And that helped me cope with my workload. You do need a balanced bowling attack. You can’t have bowlers with similar styles. It was a perfect combination we had, I felt.

“Ishant, being a very tall guy, adds that extra bounce on helpful pitches. If conditions are suitable for swing, I come in and also bring the experience,” he added.

Zaheer, who has been part of three England Test tours, said that a long series like this can help a bowler hit rhythm.

“If you hit a good rhythm a series like this is the best thing that can happen to a bowler. Play as much as possible. It is important to get the confidence of bowling in those conditions and the two practice matches are crucial for the bowling unit to get used to the conditions and hit the ball in the right areas,” he insisted. 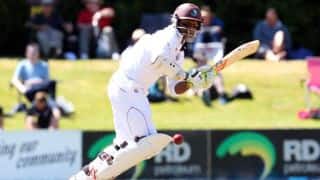 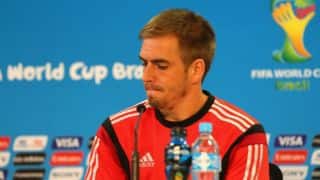