Kapil Dev, the legendary Indian all rounder is skeptical about Rahul Dravid helping the the Indian team before the first Test against England. Kapil Dev suggested that this might not be the right time to bring Rahul Dravid as a mentor to the Indian team as he retired only two years ago.

While speaking to The Times of India, Kapil Dev said, “There should be a gap of four years after a player retires, before he can take such a role, because after that period, you will be more approachable and relaxed. Will your former colleagues who played with you till yesterday, be ready to take your advice?” He also added, “Luckily, in this team, he has not played with many cricketers.”

Kapil feels that the Indian players have struggled abroad off late, be it the bowlers or batsmen. After the poor performance in New Zealand, India will be looking forward to come out all guns against England. They will definitely be under pressure but they need to use the conditions as the England skipper Alastair Cook, is worried about his team’s poor run. He further believes that the Indian players should focus in their game. 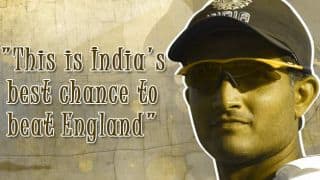